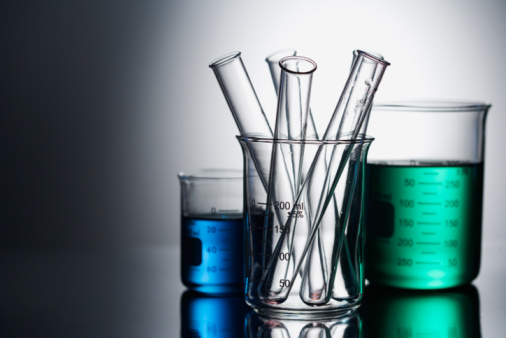 Lately, many people are concerned about bisphenol A.—or BPA, as it’s more commonly known—an industrial chemical that is used to make certain plastics and resins. The chemical is often found in water bottles, food cans, and water supply lines. In fact, BPA has been used in food and beverage products since the 1960s; however, it’s only as of late that consumers have demanded to know if this chemical is dangerous to their health.

The research is troubling. Because many consumers now ask if BPA is dangerous, researchers have started looking into this industrial chemical. The research shows that BPA does actually seep into our food, from the metal cans, bottle water tops, and dental sealants where BPA is often found. This is troublesome, because the answer to the question “is BPA dangerous?” is not clear yet—but so far, researchers have found that BPA exposure is linked to health problems in the brain and prostate, of children and infants especially. Studies have found that BPA acts as a hormone disrupter because of its estrogen-like properties. Now, three more studies have found links between exposure to BPA and health conditions—another reason why buying BPA-free products is essential.

Researchers were not sure if BPA exposure can be passed on from a mother to her infant, prenatally. Unfortunately, it can; according to the animal study conducted by a researcher at the University of Michigan, prenatal exposure to BPA increased postnatal fat tissue inflammation, which can make developing diabetes, metabolic syndrome, obesity, and cardiovascular disease much more likely. It’s a big problem, says lead researcher Almudena Veiga-Lopez, who pointed out that sheep have similar body fat to humans (both have visceral and subcutaneous fat), so it’s likely that BPA is passed on to human fetuses in a similar way. More than 95% of expectant mothers have BPA in their urine, and this chemical gets passed over to their children in vitro.

This common chemical has also been linked to defects of a testicular hormone in newborn boys with undescended testicles, according to a study presented last week at the Endocrine Society’s 95th Annual Meeting. This is the first time that a study has found a possible reason for unexplained undescended testicles (cryptorchidism), which is the most frequent congenital malformation in male newborns. While the condition may go away after six months, if it continues into adulthood, males have an increased risk of fertility issues and testicular cancer. This is the first study that links BPA exposure to cryptorchidism.

Finally, another study found a strong link between early exposure to BPA and an increased risk for developing prostate cancer. The reason for the link is because of BPA’s estrogen-like properties. If exposed to BPA early on, researchers found that prostate stem cells can become sensitized to estrogen, passing on that extra estrogen to the prostate tissues throughout your life. Males with higher estrogen levels are more likely to develop prostate cancer than other people, making BPA exposure dangerous.

While science hasn’t come to a definitive answer on the dangers of BPA exposure just yet, it’s clear that preliminary studies shows there’s much to worry about. Don’t wait until it’s too late: here are five things you can do to limit your BPA exposure.

Protect yourself against BPA:

• Buy BPA-free products when you can. Know that plastics made with recycle codes three or seven often contain BPA, so steer clear of those.

• Use fewer cans. Soup cans, cans of soda, and other canned goods are usually lined with BPA resin, so avoid them altogether.

• Do not microwave plastic products or put them in the dishwasher, because over time, the plastic becomes less durable when exposed to heat, allowing BPA to seep through easily.

• Purchase glass or stainless steel containers which are BPA-free to avoid BPA exposure.