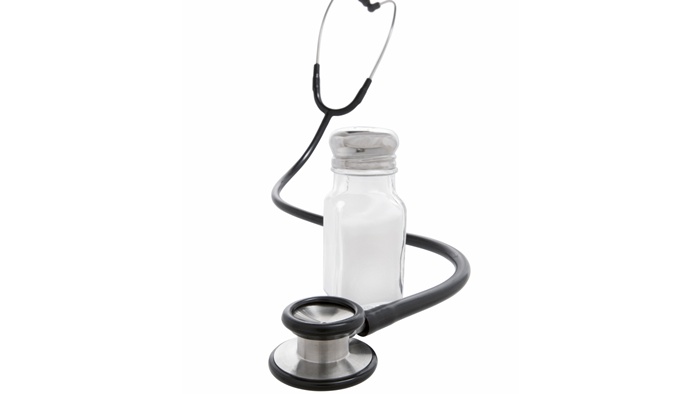 Americans consume about 3,400 mg of sodium per day. That’s more than double the recommended daily limit of 1,500 mg. How do we end up eating so much sodium? Even if you don’t add a dash of salt to your meals, sodium is in nearly everything we eat, from cookies and chips, to tinned soups and sauces, to frozen dinners and frozen vegetables.

Too much sodium has been linked to high blood pressure, which can cause cardiovascular problems. That’s why it’s important to reduce sodium in your diet.

4 Ways To Reduce Your Sodium Intake

1. Read the label: Pay attention to the percent daily value of sodium that the food you’re buying contains, and make sure it’s nowhere near the maximum. That will help you know what you’re eating and how to reduce sodium in your diet.

2. Choose “low sodium” for any canned sauces, tomatoes, or other products. It can make a huge difference!

3. At a restaurant, ask for your dressing on the side—dressing is usually filled with sodium and fat, so if you apply it yourself, then you can limit how much salt you have—an easy way to reduce sodium in your diet.

4. Refrain from buying frozen meals, because they’re very high in sodium. Need last-minute meals? Make a bunch of meals on the weekends, and then freeze them. Vegetable soup is a good example. If you buy a vegetable soup mix at the store, it will be loaded with sodium. At home, you can keep it fresh, with vegetables and light seasoning.