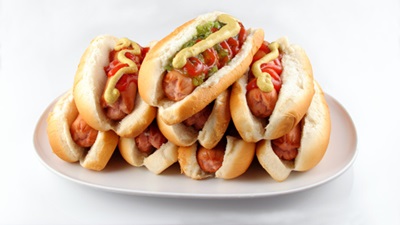 When you think of processed meats, what comes to mind?

You might think you’re “eating fresh” at Subway with a cold cut combo, or the perfect marriage of that foot-long hot dog and a day out at the baseball game. But there’s nothing fresh or healthy about those processed foods.

In fact, according to the World Cancer Research Fund U.K., you should “avoid processed meats whenever possible,” they concluded, after completing a detailed review of over 7,000 clinical studies associating diet with cancer, earlier this year.

Other sources such as the Institute for Natural Healing state, “processed meats are too dangerous for human consumption. Consumers should stop buying and eating all processed meat products for the rest of their lives.”

Processed meats have been linked to cardiovascular disease and numerous cancers such as pancreatic cancer, colorectal cancer, and bowel cancer. So what’s in these processed meats that are making you more likely to develop serious diseases?

Well, processed meats these days are made up of lots of food additives, antibiotics, steroids, and hormones. Besides sandwich meat and hot dogs, highly consumed processed meats such as bacon, sausage, beef jerky, and meats in processed frozen and canned foods, also contain dangerous ingredients unsafe for you.

Here’s a list of five very scary ingredients in your unhealthy processed meat:

Nitrates and nitrites are chemical compounds used to preserve the color in processed meats. Sodium nitrite and potassium nitrite are typically added to cured meat, also preventing its fats from going rancid, while stopping bacteria from growing.

Monosodium glutamate (MSG) is another dangerous food additive, which is a flavor enhancer used for seasoning various foods such as soups, spices, condiments, and meats. Adding MSG to foods is definitely going to ruin your healthy foods! MSG is created through the fermentation of sugarcane, sugar beets, or corn. Chinese food restaurants are well known for using, but you would only know if your meal contains MSG if you ask.

MSG can affect the nervous system in the human body, resulting in headaches, chest pains, tingling, and numbness. These symptoms are particularly susceptible in asthmatics and people who are low in vitamin B6.

Have you ever wondered what gives that red color to processed meats? Well, it’s sodium acid pyrophosphate (SAP) and tetra-sodium pyrophosphate. Say that 10 times fast. It even takes a while to spell those words!

These additives accelerate the development of the red color in hot dogs, sausages, and luncheon meats, while also help cooked pork hold in their juices. The American Conference of Governmental Industrial Hygienists rated SAP as moderately toxic in 1991. The negative toxic effects in humans include disruption of calcium balance and excess acidity in the body.

This issue with processed meat begins on the factory farm, where about 80% of antibiotics in the U.S. (about 29 million pounds) are added to animal feed, to speed growth and to treat disease in livestock every year. Your processed meats therefore contain the antibiotics, which end up in your body. This contributes to the rise of resistant bacteria, which means it becomes harder to treat disease in humans. The antibiotic-filled meats also affect the metabolic system and digestive tract.

Processed meats, and even fresh meat, contain hormones and steroids. Livestock on factory farms are injected with steroids and hormones in animals to increase their meat production. This simply means the companies can sell more meat and make more money. There may be a connection between the increased growth rates in North American children, and the hormones and steroids within the meat, including the processed supply.

In 2007, a government found that about 17% of all cows in the U.S. were given the genetically engineered growth hormone rBGH, which increases milk production. The artificial growth hormone ends up in the beef, and is a risk of negative health concerns such as human hormone imbalances, reproductive system interference, and the growth of various cancers.

People often confuse eating processed meat as being an adequate source of meat within their diet. If meat is part of your diet, consume organic and grass-fed, free-range meats, whenever possible. That will help ensure you are eating healthy foods.

When you eliminate all processed meats from your diet, you’re one step closer to better health and a quality life.