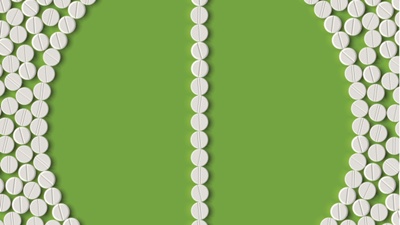 Brain development is extremely important at any age, but especially during childhood.

During infancy, a baby’s brain will double in volume and reach nearly 60% of its adult size by their first birthday. Once kids become students, it is important that their cognitive health, memory, and ability to concentration continue to improve. It is important as healthy adults to feed your brain only the best foods and supplements, which will help you avoid serious brain conditions such as dementia and Alzheimer’s disease as you get older.

There are numerous amounts of healthy foods that impact brain health. It is extremely important to consume foods that keep your brain and memory strong. Choline and B vitamins are essential for brain health, nervous system function, and memory support. Best choline sources include peanuts, egg yolks, and cauliflower, while other B vitamin foods are avocado, dark green leafy vegetables (kale and spinach), and legumes.

Foods with the omega-3 essential fatty acid DHA (docosahexaenoic) help provide the body with proper cellular membrane structure. Food sources of omega-3 include wild coldwater fish and seafood such as salmon, sardines, and scallops, and nuts and seeds like walnuts and flaxseeds.

It is also a good idea to have a backup plan for your brain health when certain brain foods just aren’t at your disposal.

Here are five natural supplements to benefit your brain, memory, and concentration ability.

Ginkgo biloba (also called the maidenhair tree) is considered one of the oldest species of trees on the planet. Oldest sometimes means wisest, and in this case ginkgo biloba can help improve thinking, memory, and social behavior. According to evidence, people with dementia can also benefit from this herb supplement. Also, people with anxiety disorder who took ginkgo biloba experienced better relief than those on placebo, according to a study published in the Journal of Psychiatric Research. It is not advised you take ginkgo biloba if you have a bleeding problem, a scheduled surgery, or a dentist’s appointment.

Vacopin is known as a memory enhancer and is an extract of the Ayurvedic herb bacopa. Ayurvedic medicine has promoted the cognitive enhancing effects of the bacopa monnieri plant for centuries. It is also known to improve mood, memory recall, mental clarity, concentration, and alertness and focus. It is also a supplement that can help you learn new information and it is also used to effectively treat mental disorders, and anxiety. It can also help calm children and students with ADHD (attention deficit hyperactivity disorder). Bacopa may help enhance cognitive function and preserve memory, according to several studies. A 2001 study indicated that healthy adults who took 300 mg of bacopa for 12 weeks showed considerable memory improvements.

Ginseng is another herb known to help memory. It is an herbal remedy known among the Chinese and Native American cultures. A small Chinese study found that a ginseng compound improves the memory scores of people who suffered from stroke-induced dementia. There were 40 patients with an average age of 67 with mild or moderate vascular dementia in the study. A Rockefeller University study found that the ginseng saponin Rb1 could help improve memory and learning because of acetylcholine. It also boosted the chemical messengers (mRNAs), which direct nerve messages in the hippocampus and forebrain. Ginseng is a common supplemental herb, but can be beneficial as a tea as well.

Valerian root (Valeriana officinalis) was known to help the Greeks fall asleep and it seems to act like a sedative for the brain and nervous system. According to a 2010 study, valerian root has anti-anxiety effects because of its interaction with a neurotransmitter in the brain, GABA. The researchers established that valerian root might be an alternative to traditional anti-anxiety drugs. The antioxidant activity of valerian extract was found to protect against oxidation of lipids in the brain, according to a study. Also, a 2009 study found that valerian extract could reduce the stress effects of insomnia on brain tissue.

Omega-3 essential fatty acids are an easy option for brain function for those who aren’t a vegetarian or vegan, although some non-meat eaters elect to still take fish oils for brain health. The American Heart Association recommends that people with heart disease take at least 1,000 mg of fish oils with EPA (eicosapentaenoic acid) and DHA per day. The best fish oil supplements will contain approximately 660 mg of EPA and 330 mg of DHA. Omega oil blends can also help brain health, which include omega-3, omega-6, and omega-9, and they may include a combination of hemp seed oil, flaxseed oil, and pumpkin seed oil.

Naturopathic doctor clinics may also have memo support supplements combining various herbs such as bacopa and ginkgo biloba. Other possible supplements to improve memory and brain health include huperzine A, acetyl-L-carnitine, and vitamin E. Whether it is essential fatty acids or herbal supplementation, they are many health benefits when you use supplementation for your brain.