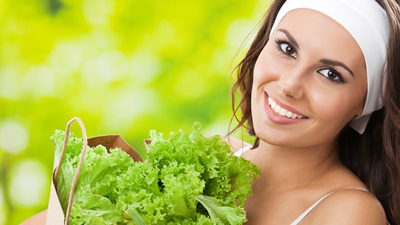 “It is my view that the vegetarian manner of living, by its purely physical effect on the human temperament, would most beneficially influence the lot of mankind.”—  Albert Einstein

If I had to describe vegetarianism’s effect on your body, I’d say it makes you feel great on a physical level.

Since I’ve started a vegetarian diet, I also feel balanced spiritually, mentally, and emotionally as well. I’ve barely been sick in two years because my immune system feels stronger. Anytime I feel sick, after a good night’s sleep, I’m well rested and ready to go in the morning.

Vegetarianism is a Transition

“Life is a journey, not a destination,” said Ralph Waldo Emerson, an American essayist, lecturer and poet in the mid-19th century.

If you’re thinking of quitting meat cold turkey, think again. You’re not just changing your diet; you’re changing your life. People have ancestral or cultural beliefs about what proper nutrition and diet is for them. Just as you inherit your father’s eyes and your mother’s hair color, there is also potential to adopt their diet. However, once you evolve and change your perception, you will create a lifestyle most beneficial to you.

Because vegetarianism is primarily plant-based, it can compare to living in the jungle, where the confusion of how to fill your pantry and where to buy those items will impact your life.

In my experience, it’s not enough to just eat fruits and vegetables. Do your research and find adequate nutritional replacements to your meats and processed foods.  This lifestyle is a journey, which is why people will take transition steps until they reach their comfort zone.

The most common forms of vegetarianism are lacto-ovo (what people tend to think are just vegetarians) and vegans—however, there are much more.

This is the most common vegetarian, which vegetarianism is based on. These types of vegetarians can be found eating vegetables, fruits, legumes, grains, nuts and seeds. They leave the flesh of animals alone, however, the by-products are fair game. This includes dairy (lacto) and eggs (ovo), although lacto-ovos may choose to eliminate one of these from their diet. They would then become lacto-vegetarians or ovo-vegetarians. There are several lacto-ovo-vegetarians that take the next step to veganism.

The Vegan or Raw Vegan

Vegans are like the kings or queens of the vegetarian kingdom, being the highest and purest form of the lifestyle. Everything from an animal is off limits, including the eggs from chicken, milk from cows, and even the honey from bees.

Raw vegans only devour raw foods, and usually don’t even heat up their veggies. Raw vegans believe that if their food is heated above 115 degrees Fahrenheit (46 degrees Celsius), it loses a significant amount of nutrients and is harmful to their body. There are, however, nutrient deficiencies associated with the vegan, primarily with vitamin B12, while low levels of iron, calcium and protein levels are also concerns. When the vegan is properly educated, their lifestyle is very healthy.

The land is off limits, but they are free to head to the sea. Pescetatians (also spelt pescatarian) consume a lacto-ovo vegetarian lifestyle, while adding fish and shellfish to their diet. They do not eat other meats from animal flesh.

The pesco-vegetarian will often transition to lacto-ovo as well. Lacto-ovo vegetarians might not be full pesco, but what about their supplements? Fish oil is a fatty oil derived from the livers of various fish. Vegetarians may want to reap the benefits derived from fish oils, including its brain and memory boosting and bone health maintenance.

Flexitarians can be described as occasional meat-eaters, with a liberal stance regarding vegetarianism. These people love vegetarian dishes, and could make the jump to lacto-ovo vegetarian. They most likely have cut red meats out of their diets, occasionally eating chicken and fish to get their protein sources.

However, through research, they will discover adequate ways to get their protein and iron sources from leafy greens, quinoa, chickpeas, and kidney beans.

The pudding vegetarian and social vegetarian can be paired together because they both give themselves leeway, and won’t necessarily show any discipline toward a plant-based diet. Pudding vegetarians could also be vegan, accidently. They would eat certain brands of potato chips, granola bars, crackers, and even the beloved classic, the Oreo cookie. Eating these foods aren’t beneficial for health, although these junk food eaters technically qualify as vegetarians.

When in a social setting, these social vegetarians feel comfortable removing meat from certain foods such as pizza or sandwiches. This mentality makes them more susceptible to eating the unhealthy vegetarian options at take-out restaurants.

The macrobiotic diet is considered primarily vegetarian and almost vegan, although it contains more protein and nutrients than conventional vegetarian diets. The only animal products recommended occasionally for the diet are whitefish, including halibut, sole and trout. The diet consists mostly of cooked foods, including whole grains, fruits and vegetables.

In contrast to the raw vegan diet, macrobiotic dieters believe raw foods are difficult to digest and too cooling for the system. Vegetables that are avoided are potatoes, peppers, tomatoes, avocado, eggplant, spinach, yams and sweet potatoes. Beans, sea vegetables (seaweed) and Asian vegetables (daikon) are also macrobiotic mainstays.

Vegetarianism is a journey and will require time to get it right. People who still want to maintain a carnivorous or omnivorous diet would certainly benefit from moving toward meatless meals, as they would reduce the risk of chronic diseases by eating vegetarian.