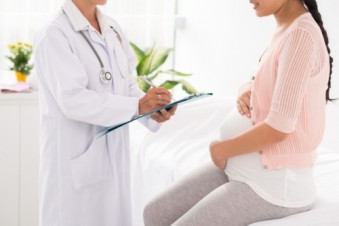 Gestational diabetes is an occasional side effect of pregnancy where the placenta produces enough hormones to interfere with the action of insulin.

Although gestational diabetes normally resolves after the pregnancy, it is known that women who experience this condition are at a higher risk of developing high blood pressure later in life.

A recent study published online in the journal Hypertension looks at ways this increased risk of high blood pressure can be counteracted through dietary changes. The study, “Healthful Dietary Patterns and the Risk of Hypertension Among Women With a History of Gestational Diabetes Mellitus”, was conducted in part by researchers from the National Institute of Health and followed almost 4,000 women for twelve years.

For the average person, this study does not likely mean much. It’s been well-known and well-proven that a healthy diet is a key part of preventative medicine, whether for high blood pressure or a host of other ailments.

What this study attempts to show is that, for the roughly five percent of pregnancies that result in gestational diabetes, the high blood pressure risk can be mitigated.

The most pertinent issue with the study is that it is hard to place the observed risk reduction in a more meaningful context.

Rates and risk of developing blood pressure will vary significantly by age, with the average rate being about 32% for women over their entire lifetime.

However, the women were not tracked for their lifetime, so their age groups do matter for understanding the relative risk reduction.

A 25% reduction sounds nice on paper, but if most of the women in the study fell within the 20-34 age group, that only works out to around a 1.5% actual decrease.

Another issue that makes context more difficult is that only women with a history of gestational diabetes were covered.

Without a comparison between an equivalent group of women who lacked the risk factor, its hard to tell the full significance of the dietary risk reduction that was observed. It is not possible to tell, for instance, if the risk reduction from diet brought the women with gestational diabetes in line with normal hypertension risks or if their rates were still higher.

Although there are some areas where the NIH study could have elaborated more and helped give better meaning to the findings, overall the research appears solid. The objective of the study was to see if a healthy diet could help counteract the risk for high blood pressure brought on by gestational diabetes, and it does show a risk reduction occurring. While these findings do not bring anything groundbreaking to the table or suggest changes in treatment or patient advice, they are nonetheless an important contribution since few studies have taken a look at such a specific risk group.