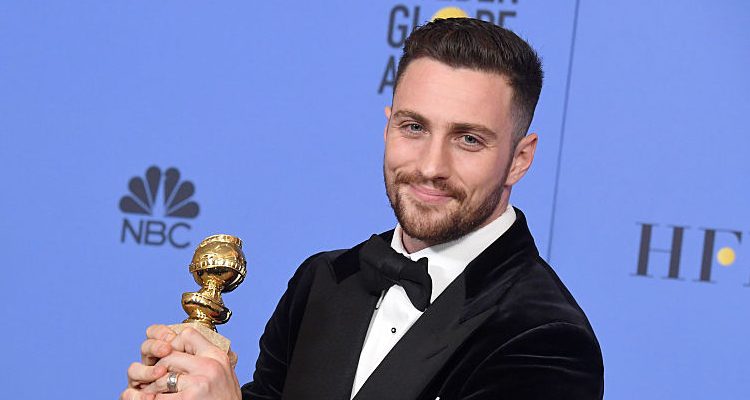 British actor, Aaron Taylor-Johnson, surprised some after winning the Best Performance by an Actor in a Supporting Role in Film for his role as American redneck killer, Ray Marcus, in Nocturnal Animals at the 74th annual Golden Globes on Sunday, January 8. The 26-year-old won the award shortly after he revealed that he sought therapy for the effects of preparing for the role.

From a psychological perspective, Taylor-Johnson says that preparing for the role of villain, Ray Marcus, left him with sleeplessness. His sleepless nights resulted from spending a lot of time watching documentaries on serial killers and psychopaths. It took Taylor-Johnson about two to three months to fully shake off the effects of the dark role after filming the movie.

Aaron Taylor-Johnson basically had to learn how to become a serial killer. Psychological disorders are commonly present in serial killers—especially schizophrenia, antisocial personality disorder, and borderline personality disorder. It is no wonder that Taylor-Johnson needed therapy after filming finished. He usually only does one acting job each year, and says this approach helps ground him. In this case, therapy was needed to help normalize the actor from the damage done from learning how to think like a serial killer.

Nocturnal Animals was directed and written by Tom Ford, who was nominated for the Best Director of a Motion Picture award at the Golden Globes. The film also features Amy Adams, Jake Gyllenhaal, Michael Shannon, Isla Fisher, Armie Hammer, and Laura Linney. Taylor-Johnson beat out his competition for his first Golden Globe win, including Mahershala Ali in Moonlight, Jeff Bridges in Hell or High Water, Simon Helberg in Florence Foster Jenkins, and Dev Patel in Lion.

Aaron Taylor-Johnson also admits that he was hesitant to take on the role of murderer and rapist, Ray Marcus. But, despite his experiences preparing for the role, Taylor-Johnson insists that he enjoyed every second while working on the movie. Although he says he likely wouldn’t have been everyone’s first choice for the role, it was nice that he was able to show some versatility.

Taylor-Johnson is also known for his roles in Kick-Ass (2010), Savages (2012), Anna Karenina (2012), Kick-Ass 2 (2013), Godzilla (2014), and Avengers: Age of Ultron (2015). For many of his other movies, he was required to bulk-up with an intense workout program. For instance, for Kick-Ass 2 Taylor-Johnson underwent a high-intensity weight training routine that helped him build a lean and muscular physique.

The following is his eight-week workout designed by personal trainer, Matt Hodges. The routine would include excessive abs workouts, pre-breakfast runs, German volume training, and kettlebell circuits. Before he started, he would perform a warm-up with leg swings, walking knee to chest tucks, bodyweight reverse lunges, and bodyweight squats.

Aaron Taylor-Johnson also had an effective meal plan that helped him build muscle while giving him energy. He consumed a balanced diet with six meals daily that included protein shakes and bigger breakfasts.