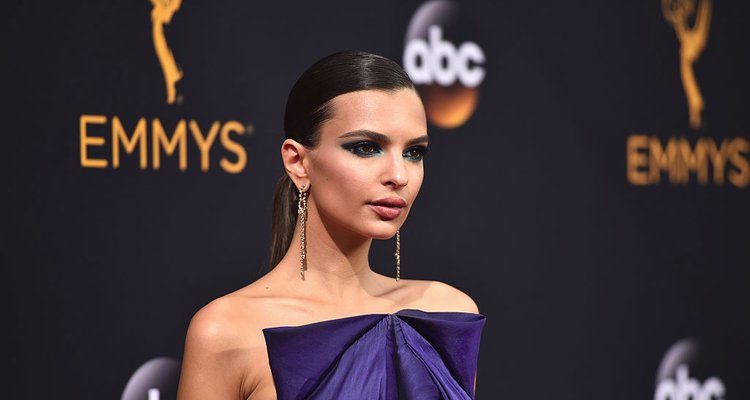 Emily Ratajkowski shows off her stunning abs in latest Instagram posts. The actress was pictured at a baseball game, but that doesn’t mean it wasn’t an opportunity to reveal how fit she is.

Even in a baseball cap and jersey she still managed to give us a glimpse of her defined abs.

Ratajkowski is known for revealing her cleavage, but this time around she kept that under wraps and revealed her midriff instead.

If you’re wondering how the model keeps up her killer bikini body, then read on to learn about her diet and workout routine.
﻿

First tip taken from Ratajkowski’s diet is that she fills up on protein. Protein helps you stay full longer, along with fuelling the fat burning process. But not all protein is the same—too much red meat has been known to be unhealthy, so sticking with lean meat choices along with protein from plant-sources will easily do the trick.

Ratajkowski also isn’t afraid of carbs—but all in balance, of course. Removing processed carbs and swapping them for items like brown rice and quinoa are much healthier alternatives. Furthermore, Ratajkowski’s plate is often balanced, meaning you won’t see more carbs than protein, and vice versa. Everything on her plate is portioned controlled so that she doesn’t overdo it on anything.

Ratajkowski also enjoys fresh juices—who doesn’t nowadays—and she’s been known to sprinkle turmeric in her meals, which is known to help burn fat and combat inflammation.

Even though Ratajkowski’s diet is primarily healthy and clean, she does know when and how to treat herself. She has said that she will have the occasional cupcake for breakfast or a croissant. She believes that people should treat themselves every now and then.

As for her workouts, Ratajkowski doesn’t use a personal trainer nor is she what you would call a gym rat. When she does want to sweat, Ratajkowski sticks to long hikes with friends along with doing yoga. She has admitted that she isn’t fitness crazy, which is pretty evident by her workout secrets.

Although Emily Ratajkowski’s diet and workout secrets may not seem difficult, they are just enough for the model and actress to maintain her sex-symbol body. Who knows, maybe she was just blessed with amazing genes.

Davison, R., “Braless Emily Ratajkowski shows off her ample cleavage and a flash of her underwear in a semi-sheer kimono as she sips on a glass of red wine,” Daily Mail web site, http://www.dailymail.co.uk/tvshowbiz/article-3837800/Braless-Emily-Ratajkowski-shows-ample-cleavage-semi-sheer-kimono.html, last accessed October 14, 2016.