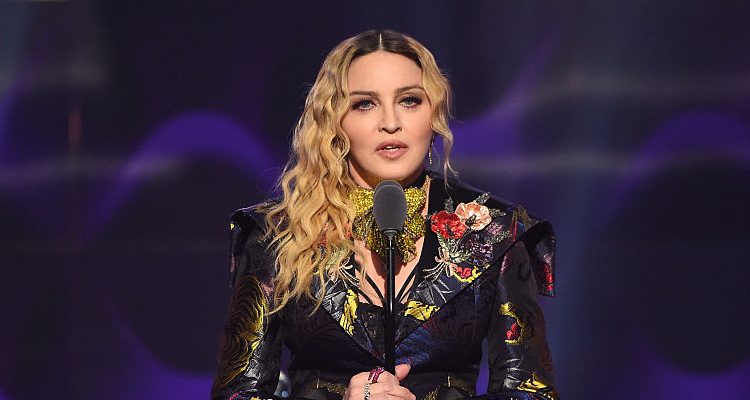 Two timeless classics have come together once again as Madonna dons the cover of US Harper’s Bazaar’s 150th Anniversary covers for the February 2017 issue. Her long slender arms and glowing complexion have fans turning to her workout regime for their own ageless results.

Crawling my way back to work and into the arms of Harpers Bazaar ?? @luigiandiango ???♥️ out Jan. 17th

For more than 30 years, the 58-year-old award-winning singer has captured the hearts, dreams, and idolizing love of generations, yet she is still shining as bright as she did when her first album was released in 1983.

In fact, her career hit another significant milestone when she was named Woman of the Year at the Billboard Women in Music 2016 gala last month.

While you may not become Madonna, you can get one step closer to her fountain of youth by maintaining a healthy lifestyle with regular exercise and clean eating. It may not be as hard as you think as the queen of the stage can be found working out six days a week with 30-minute sessions. The keys are circuit training, interval training, and resistance training.

Her personal trainer, Craig Smith, has devised a different plan for each day in order to keep the workouts interesting and ensure each muscle group is targeted. He shared the singer’s workout routine with Daily Mail Australia.

“I vary the workouts every single day,” Smith explains. “She does a combination of circuit training, interval training, and resistance training. Dance is obviously a huge part of that”.

To start, Smith has Madonna warm-up with a dance routine before focusing on her core and arms with push-ups and planks. It may come as a surprise to some that she also incorporates stretching, yoga, and meditation after her leg and thigh workouts. To keep up her metabolism and stamina, Madonna actively does barre training, martial arts, and boxing. For her amazing arms, she also uses light weights of 2.5 to five pounds maximum.

“We focus on elongating the muscles…..and maintaining a svelte, lean dancer’s physique,” Smith confided in the Daily Mail Australia article.

Both Smith and Madonna are dedicated to keeping the fitness routines in check even while she is on tour. He even has created a portable gym to take on the road.

Don’t Forget about the Food

While hard work in the gym and on stage helps keep Madonna in excellent shape, Smith says 80% of her success is her strict diet.

If your workout routine seems to be lagging, follow Madonna’s trainer’s advice and change it up a bit. Try a different physical activity once a week or even change your route on your daily walks.