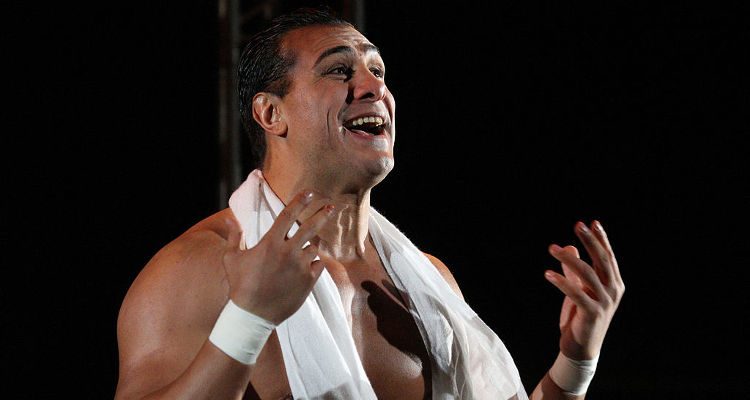 Did you know that WWE wrestler Alberto Del Rio is joining TNA? Let’s find out how this wrestler tends to his diet and fitness routine.

Yes, Del Rio—who comes from a wrestling family—was inspired by his grandfather, his father, and his uncles growing up. He watched them in the ring from a young age and it inspired him to become a pro wrestler.

Del Rio always dreamt of becoming a wrestler and started amateur wrestling at eight years old. Before he became a pro-wrestler, he was also a part of the Mexican wrestling team. His biggest influence was his father, who was a bit like a hero to Del Rio, and also one of the most popular wrestlers in Mexico. This is one of the reasons he grew up admiring him—he was not only a teacher to Del Rio but also one of his trainers. He credits his success to his father in many ways.

When asked if the fights are scripted, Del Rio says that it’s only the storylines and that he just goes out there and does his thing—his thing being wrestling. He goes on to explain that there is no choreography in the ring, and that he goes out there to do his very best.

Del Rio’s weekly routine consists of going to the gym every single day. And get this: when he’s at home, he works out twice a day! His workout routine usually consists of a boxing or a wrestling session in the morning, and then weight lifting session in the afternoon. While he’s on the road, he opts for a 60- to 90-minute session of weight lifting. He goes onto explain that many people believe he spends hours in the gym, but that’s really not the case. Del Rio manages his fit physique by watching what he eats. That’s how he gets the best results.

Del Rio also works with a personal trainer. Together they watch his progress and he changes his training regimen accordingly. Del Rio will usually target the same muscle group twice a week. This helps him find balance in his overall routine.

If you’re wondering what other physical activities he does to stay fit, they are boxing, jiu-jitsu, and wrestling. He really tries to get in a good boxing session in the morning and keeps the weight lifting in the afternoon.

When it comes to Del Rio’s diet, he is under the advice of his nutritionist. Del Rio says his nutritionist recommends that he drink amino acids during training. This is for the purpose of refilling his body with energy and to keep his stamina high while in the gym. Del Rio also follows a high protein diet with moderate carbohydrate intake (think eating them once or twice per week).