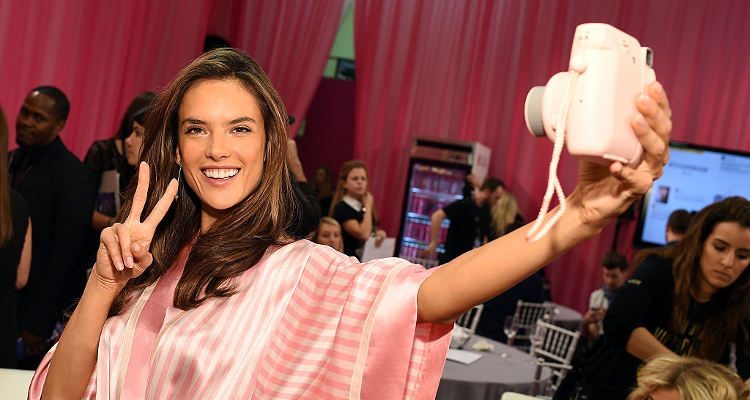 One of the longest serving Victoria’s Secret Angels was busy showing off her bikini body this past week while taking photos for her line of swimwear called Ale by Alessandra. Alessandra Ambrosio, 35, was in a tropical location doing the photo shoot for the latest pieces in her collection, and by the looks of it, they are pieces many women will want to wear.

The model looked at ease in front of the camera and definitely proved that time in the gym is well worth the effort and sweat put in. Her body was long and lean, and her abs were tight.

The mom of two looks fantastic, but admits that a post-pregnancy body will never be exactly what it was before kids, and for her she actually loves her body more after having her babies.

In an interview with Net-A-Porter magazine, the Brazilian beauty said, “I think I have a better body now than before I had kids.

It’s partly because I work out, whereas before I didn’t, but also to do with the shape—it just looks more formed now and I feel better about it than I did.”

In Brazil, curves are worshipped, she said. “Every woman’s body is spectacular there, not because it’s perfect but because they’re loving life. It’s never been about having a Barbie-like physique in Brazil but having the right curves, whatever your proportions or size.”

Though she prefers to keep her body slim by eating right and exercising regularly, focusing on balance in all areas, she does admit that she had to go on an extreme diet for weight loss and to get back into shape for a Victoria’s Secret runway show after giving birth to her daughter, Anja. “After having Anja I only had three months to lose all the weight and I was on this 1,200-calorie-a-day meal-delivery service that I hated. I couldn’t do that again.”

Ambrosio prefers to avoid low calorie diets when possible, but sometimes they can’t be avoided in her line of work. “I’m all about moderation and eating something different every day.” She will typically avoid splurging on pasta but makes an exception when she is back home in Brazil, where everything is bready and pasta, she says.

There she eats as she wants to, but once the trip is over, she goes back to her eating regimen of salads and chicken and fish with vegetables. One thing she doesn’t do? Cut out any food groups. Everything is up for grabs, but in moderation.

Deprivation doesn’t work for her, and she doesn’t like it. In fact, she said, “Whenever I start to diet, everything goes downhill. So if I want a little bite of dark chocolate on a plane or a cocktail with friends on the weekend, I’ll have it.”

She even has a glass of red wine with her dinner most nights (which is really good for the heart, studies have shown). And she will even have a red velvet cupcake with her daughter.

As for binging, she says she used to do that, especially when she was a teenager and started making her own money. Nowadays, she doesn’t fall into those traps and reminds herself of how awful she felt when the temptation to binge strikes again.