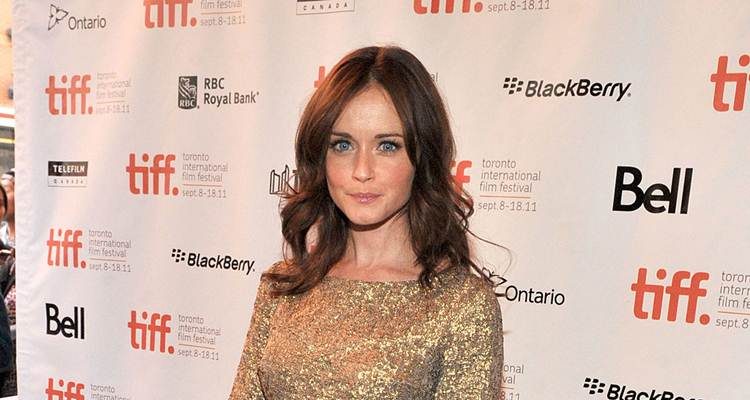 Die hard Gilmore Girls fans are awaiting the premiere of its revival in Gilmore Girls: A Year in the Life. Alexis Bledellooked stunning in the traileralongside her co-stars Lauren Graham and Melissa McCarthy.

Bledel is known for her porcelain skin, sultry brown locks,and lean physique, so it’s no wonder fans want to know how she stays in shape. Well, look no further—we have the scoop below.

Alexis Bledel stole the hearts of her audience as one of the lead roles in the popular television series,Gilmore Girls, which debuted in 2000 and ran for seven seasons. Because of its popularity, Bledel’s career skyrocketed and she became well-known in Hollywood.

Her first movie, Tuck Everlasting, came out in 2002, and since then she has been in films like Sin City, The Sisterhood of the Travelling Pants, and its sequel,The Sisterhood of the Travelling Pants 2. She has also starred in The Good Guy and Post Grad. In 2010, she starred in The Kate Logan Affair and The Conspirator. Her most recent film was in 2015, titled Jenny’s Wedding.

It’s hard to believe that Alexis Bledel is 35-years-old since she ages so gracefully and is able to maintain such a youthful look. She was first recognized as being a “baby-faced” actress, but that’s probably what made her so loveable.

Standing at fivefeet and six inches, Bledel is lean and tall and keeps her fit figure by eating healthily every day. She does this by trying to prepare her own meals every day. Meal prep is a great way to ensure that all the ingredients in your food are natural and healthy.

It’s a great way to avoid excess fats, sugar, carbohydrates, chemicals, and preservatives—all the unnecessary and processed junk that comes from restaurants and fast food joints.

Instead of going out to eat at restaurants, Bledeleats organic, healthy, and local foods. It’s not a stretch to assume that she enjoys eating fruits, vegetables, lean protein, nuts, seeds, healthy fats, and legumes. The only time Bledel is comfortable going out is to go out for drinks.

There are usually no extra additives or fat in drinks unlike in food. Bledelis very conscious about the ingredients in food, so it’s important she knows what she is putting into her body.

This could be one of the main reasons why she has glowing, clear skin and shiny hair—eating clean food and not overindulging in junk.

Does this mean she’s that perfect human who doesn’t ever indulge or crave unhealthy foods? Absolutely not; Bledel still loves pizza and enjoys it occasionally. She doesn’t deprive herself from enjoying this every so often but the point is she doesn’t overdo it.

Although her workout regime is unknown, it’s not a stretch to assume that she does do some exercise to keep her lean figure.

Combining a workout with a healthy diet like Alexis Bledel’s will surely help anyone trying to lose weight or get in shape with great results. Be sure to catch the Gilmore Girls revival on Netflix, November 25, 2016!