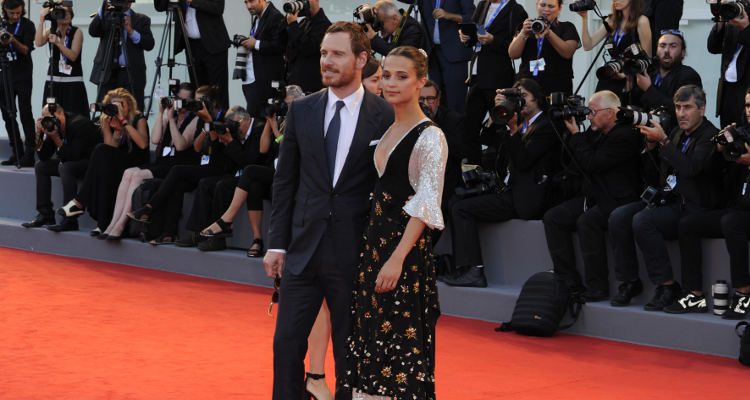 Alicia Vikander and Michael Fassbender may be considered fitness freaks to some, but it must be true what they say—a couple that works out together, stays together. Vikander starred in the latest Jason Bourne film, and Fassbender has previously starred in X-men; as you can see, the two need to stay fit to take on such physically challenging movie roles.

Vikander and Fassbender have been together for two years now, and met on the set of The Light Between Oceans. Although the two are private individuals, they have never hidden the fact that they are a couple.

Vikander previously studied and practiced ballet, but after being rejected, she decided to move onto the big screen. She credits the European Union and open borders for her success in film, as if it wasn’t possible for her to move around Europe freely, she may never have gotten her big break.

Ballerinas need to be slim, and that is where Vikander has managed to get her look. She now maintains her figure with a nutritious diet plan, along with regular workouts with boyfriend Fassbender.

Vikander is expected to revive Angelina Jolie’s previous role of Lara Croft—we all remember how intense Jolie was in that film. Vikander will have to undergo plenty of training to fill the shoes that Jolie left empty. She will not only need to look slim, but strong and agile too.

Fassbender typically plays tough roles, and he often has had to undergo specialty training sessions to prepare for upcoming roles. For example, to prepare for the film 300, Fassbender trained 10 to 12 hours a week for two months to really make the fight scenes appear authentic.

His diets often compliment his training, so he has been known to go from low-carb diets to a high protein diet, depending on the look he needs to achieve. He also has more frequent smaller meals throughout the day, as opposed to three large ones: this helps maintain a steady metabolism, which prevents fat build-up.

The most drastic diet Fassbender ever followed was for his role in Hunger, where he was supposed to look overly skinny. He only consumed 900 calories a day, but when that was unsuccessful, he dropped to 600. As a means to not lose his muscles, he walked and practiced yoga throughout the day.

As you can see Alicia Vikander and Michael Fassbender are one intense couple when it comes to fitness. Although some may consider them fitness freaks, others may call it dedication. Regardless, there’s no doubt that the two look amazing together, and whatever their secrets are to keep a Hollywood relationship it’s clearly working.