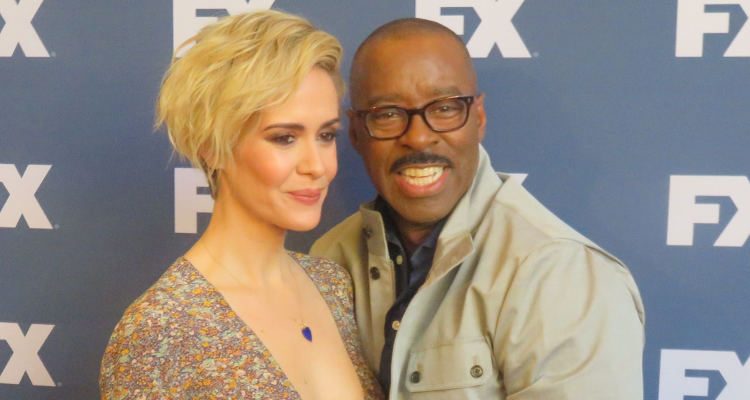 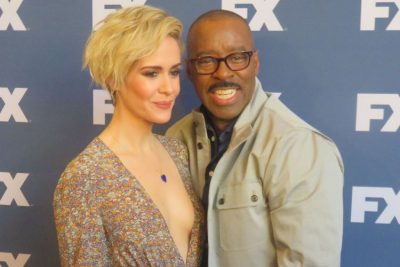 American Horror Story is an anthology series on the FX Channel that tells a different story with unique characters and locations every season.

The first season was about a family that moved into a haunted house. Other seasons of the show have centered on an insane asylum, a coven of witches, a freak show of performers, and an enigmatic hotel with a secret torture chamber.

American Horror Story season 6 has begun, and it is being called My Roanoke Nightmare. The season has a fresh new theme that is framed like a true-crime documentary.

Emmy nominees Cuba Gooding Jr. and Sarah Paulson play Shelby and Matt Miller, who have moved to a quiet town in the woods of Roanoke Island, North Carolina, only to be terrorized by the local townsfolk, with one being played by Kathy Bates.

American Horror Story is a very interesting series with lots of twists and plot turns. The major twist of season 6 is that Gooding and Paulson are re-enactors dramatizing the events that happened to real-life Matt and Shelby. There are also a lot of interesting facts about the actors behind the characters in the latest season of American Horror Story, including Cuba Gooding Jr., Sarah Paulson, and Kathy Bates.

Cuba Gooding Jr. stars as Matt Miller in the latest installment. The 48-year-old is best known for his Academy Award-winning role in Jerry Maguire as a cocky professional football player who faces a career-killing injury named Rod Tidwell.

In preparation for the role of the football star, Gooding Jr. built muscle with an intense workout routine. The actor hit the gym with weight lifting and intense interval training sessions. As a result, he looked just like an NFL football player.

His protein sources came from fish, turkey, and chicken, and helped him build lean muscle mass. The complex carbs helped the actor with a steady energy release and included green vegetables, sweet potatoes, and brown rice.

His meals were also spread out every two to three hours to sustain a fast metabolism. He also consumed lots of water to ensure he was properly hydrated throughout his training.

Sarah Paulson plays the role of Shelby Miller in My Roanoke Nightmare. The 41-year-old is also known for her Golden Globe-nominated role of Harriet Hayes in the NBC comedy-drama series Studio 60 on the Sunset Strip.

She has also starred in Academy Award-nominated films 12 Years a Slave and Carol. Since 2011, she has starred in American Horror Story and earned four Emmy Award nominations. 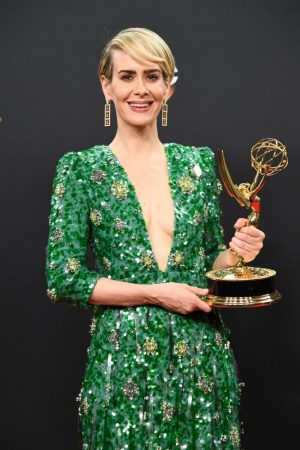 Sarah Paulson’s beauty regimen involves a diet and workout routine to give her energy throughout the day. Paulson follows a very healthy diet leading up to the Emmy Awards.

Before the Emmys, Paulson will eat a big breakfast and work out at the gym for weight loss. But after the Emmys is a different story for Paulson, who will indulge in french fries, donuts, ice cream, chocolate, and salt and vinegar photo chips. 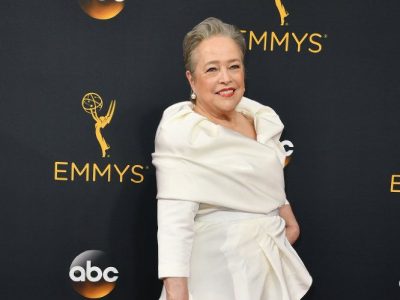 The Academy Award and Golden Globe-winning actress has had a lot of success in her career despite a particularly troubling health problem.

The 68-year-old battled ovarian cancer in 2003 and would keep it managed until 2009. Paying attention to certain symptoms saved her life. Bates experienced severe vaginal bleeding, trouble eating, and vomiting. She went to the doctor and discovered she had ovarian cancer and managed to have surgery and chemotherapy right away.

Kathy Bates has appeared in numerous TV and movie roles since her cancer battle. What has Bates learned from her ovarian cancer experience?

There are many interesting facts about American Horror Story cast members Kathy Bates, Cuba Gooding Jr., and Sarah Paulson. All three actors have followed specific exercise routines and eating habits to prepare for roles outside of the horror series.