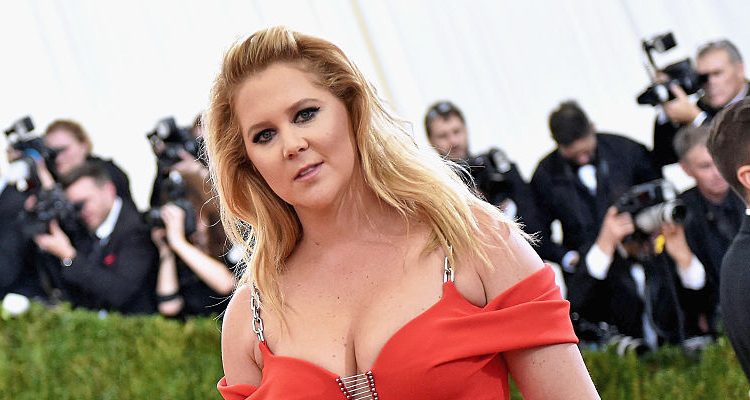 Amy Schumer goes after body-shamers and stands on behalf of women everywhere, regardless of their shape or size. Fed up with the idea that every Hollywood actress needs to have a perfect hourglass figure, the comedian joked on Instagram over the holidays with this “Too blessed to be stressed” caption.

Too blessed to be stressed

Clapping Back at Haters

Not only is Schumer known for promoting positive body images and wanting people to feel good about themselves regardless of what others might say, but she’s getting some pretty big names on board to support her. For example, when she was working on the film Trainwreck, she enlisted celebrity trainer Harley Pasternak to help prepare her for the role. Pasternak has echoed Schumer’s sentiments, even criticizing those who have tried to shame Schumer for not necessarily fitting the “Hollywood aesthetic.”

Schumer is proof that a person doesn’t need an itty-bitty body to be in shape, and it’s proven by the fact she’s an aerobics advocate and was even an instructor before hitting it big on the comedy circuit.

Pop Sugar reports Schumer leads a healthy life and is not obsessed with weight loss or limiting her activity to the gym. About Schumer, Pasternak has said “she lives by the idea: strong in the gym, lean in life,” meaning she puts in brief, hard sessions in the gym and gets the majority of her activity on her time. There are no long 3-hour sessions where she’s doing things she’s not particularly into. Instead, she’s out living life, participating in activities like ice skating.

Pasternak also explained Schumer is an avid walker and tries to stay out of the car as much as possible. He said she walks to work, to the gym, goes for hikes, and tries to avoid using her car when possible. This is the best way for most people to get adequate exercise and improve their overall health. Plenty of scientific research indicates spending more time on your feet and moving can lead to significant risk reductions for heart disease, high blood pressure, diabetes, obesity, and early mortality.

Implementing Activity into Your Life

Most people don’t want to spend hours a day in the gym or following a strict diet—and they shouldn’t have to. Although eating a healthy balanced diet and exercise improves health, there is nothing that says three hours per day, eating the same thing and boring yourself is beneficial. In fact, some people work out so hard and eat so rigidly they can actually hurt themselves by disrupting their hormones. To reap the benefits of activity, all you have to do is keep moving. Try to break up long periods of sitting—making sure you stand up and move for about five minutes every hour, and dedicating about 30-60 minutes every day to some form of exercise like going for a walk, jog, bike ride, or lifting some weights. All of this can help you increase fitness, get healthier, and even experience a little weight loss!