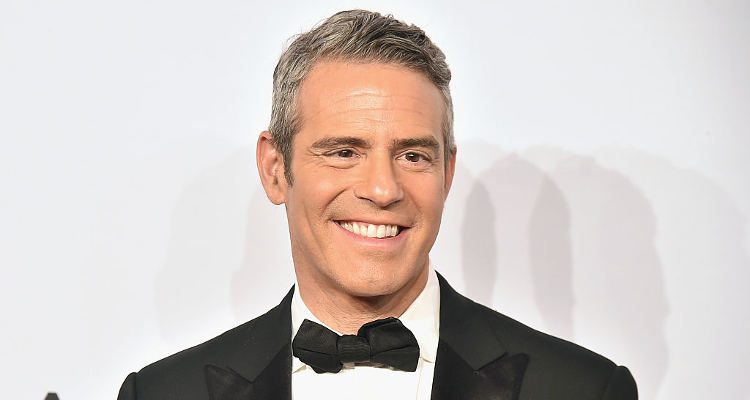 Andy Cohen and bestie Kelly Ripa talk every day and are really very close. The host has been filling in on Ripa’s show over the past few months since Michael Strahan’s departure this summer. The Live with Kelly hostess is being credited with helping Cohen catch his melanoma before it became a real problem, though it is skin cancer.

The Watch What Happens Live! host was a guest host on Friday’s Live!, and he revealed that Ripa was right to keep bugging him to check out the black mark on his lip. Cohen says that he ignored it, not thinking much of it, but that Ripa kept at him.

“You and I were at a party for Anderson’s [Cooper] mom in April, and you said, ‘You have a black dot on your lip, I don’t think that’s something good,’” Cohen, 48, recounted on the show on Friday.

Her pressuring may have saved Cohen’s life, and for that, he is thankful. “[I]t was melanoma. They removed it, the whole thing, and I just want to thank you because you were so dogmatic,” Cohen told Ripa.

“I never thought that that kind of thing would ever happen to me.” His relationship with the sun is forever changed now, he admits. Cohen is a self-proclaimed “tanorexic” but will be changing his ways after the experience with his black spot on the lip.

It seems Ripa has a track record of identifying possible cancerous spots, and has spotted such spots in three of her friends already. “I’m glad to see that all that money I spend visiting dermatologists is good for something,” Ripa said on the show.

Melanoma: Get the Facts

Melanoma is the most dangerous form of skin cancer there is and often resembles moles— some actually develop from moles. Most melanomas are black or brown, but they can also be skin-colored, pink, purple, blue, red, or white.

Intense, occasional UV exposure is the primary cause of melanoma and causes an estimated 10,130 deaths in the United States every year. If recognized and treated early, it is almost always curable. But if it isn’t, it can spread to other parts of the body and ultimately be fatal.

If you think you may have a suspicious-looking mole based on the above, please see your doctor to get a proper diagnosis. A self-analysis is important, but only a doctor can determine if it is cancer or not.