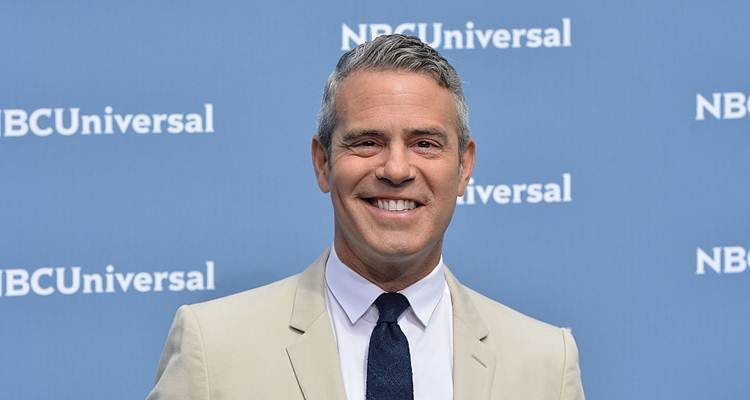 Watch What Happens Live (WWHL) host Andy Cohen is super fit, thanks to his morning workout.

Aside from juggling all his current endeavors – like being a bestselling author, producer and host of all the Housewives reality TV shows, and the new boss of Sirius Satellite Radio channel Radio Andy – it’s safe to say he has a lot on his plate right now.

Cohen never manages to make his work anything less than fun and pleasurable though, as it appears he really loves what he does. Here is a look into the high-spirited Bravo host’s fitness routine.

Andy Cohen follows a morning workout that he really loves, despite having late nights out sometimes. It doesn’t matter if he works late or if he’s out having a good time, he still makes time to get exercise in the AM. He even has a companion, his dog Wacha.

Although Cohen admits he is not a morning person, he does usually wake up around 8:30 or 9 a.m. He also goes on to explain that his pup has helped him become more of a morning person. Yes, they sleep together! And Wacha doesn’t get out of bed until Cohen does. Isn’t that sweet?

Cohen starts his mornings by reading the newspaper while enjoying some English breakfast tea. While friends warned Cohen about how it can be a pain in the butt to bring a dog out for a walk in the morning, Cohen has grown to love it because it helps him get some fresh air and start his day productively.

At around noon, Cohen is all about fitness. He goes to the gym to work out with a personal trainer for about an hour. Cohen describes this as his first “hard commitment” of the day – which sounds like he takes it very seriously.

Also a self-professed foodie, Cohen once upon a time was a part of the television show Top Chef, both on and off screen. When it comes to his diet, Cohen admits that he has a thing for snacking, which he declared the “new brunch”.

He likes to call snack lovers “snackies,” which kind of has a ring to it. Cohen even helped launch snacking brand Hillshire’s new line of premium snacks during their first opening Snack Week.

Cohen follows an overall healthy diet and is big on healthy eating. Although some of his favorite cheat indulgences include Reese’s peanut butter cups, chocolate chip cookies and especially dark chocolate, a typical day starts with a healthy breakfast of tea and toast or an omelet on weekends.

For lunch, Cohen likes to eat quinoa topped with grilled salmon and brussels sprouts. When he’s filming WWHL, Cohen has the same meal every night, and it sounds pretty good – grilled chicken fajitas, which he says he eats in a weird way but did not provide details. For the majority of the time, Cohen eats really healthy.

Some of his favorite alcoholic beverages include tequila mixed with Fresca, Maker’s Mark, and ginger ale. Although he has drinks with celebrities on the regular, he sometimes tries to avoid it because he says he’s more likely to indulge in unhealthy foods when buzzed. His favorite foods are classics like an “amazing burger” or some French onion soup.