Home > Celebrity Workouts > Angela Simmons Baby: “Growing Up Hip Hop” Star Does Yoga to Get Back Her Pre-Baby Body 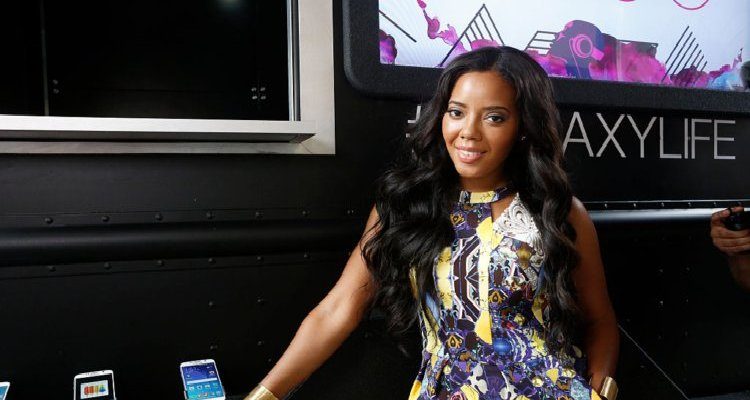 Angela Simmons and fiancé Sutton Tennyson had a baby at the end of September. That hasn’t stopped the Growing Up Hip Hop star from hitting the gym, including doing post-natal yoga earlier than recommended to get back her pre-baby body. Simmons was approved for light workouts by her doctor just 13 days after giving birth.

The daughter of rap pioneer, Reverend Run, posted a pic on Instagram of her first workout after pregnancy. The new mom stayed active all throughout her pregnancy, which of course came with some controversy, but it was doctor approved. The reality star has been getting back into the groove of her workouts, including doing light stretches. She posted a picture of her doing just that:

Last week, Simmons got back into her yoga classes and posted anther picture on Instagram—this time of her doing a headstand in yoga class. She said in the caption, “It’s been a while since I practiced my headstand !! Thank you @glowmaven for bringing it back out of me !!! Great yoga session this morning at the runs house headquarters lol.”

While pregnant, Simmons maintained her workout routine. Working out while pregnant can be good as long as your doctor knows and approves it. Some women feel like maintaining a workout practice energizes them. Yoga while pregnant is a good option for exercise because the class involves soft, gentle moves that won’t harm the baby and will keep you limber and moving.

Simmons likes to box, attend spin classes, and do a variety of strength training and cardio exercises. She works out every day and on the days she doesn’t do a proper workout, she runs the stairs or goes on the treadmill. As for her diet, the new mom follows a vegetarian diet (not vegan) diet and eats small meals, five or six times throughout the day.

Having a baby puts the female body through enormous stress and changes, one of which is added body weight. A good part of the extra pounds gained during pregnancy come off on their own, but there are typically a few that hang on. Like any weight gain, exercise and proper nutrition are key to getting that pre-baby body weight. That being said, here are some tips for losing the weight.

Exercise, exercise, exercise: The rule of thumb with exercise is to wait six weeks before starting up an exercise routine and longer if you’ve had a cesarean section, but this doesn’t mean you can’t start moving. Walking is a good form of exercise and gets the muscles used and toned. Walk 30 minutes a day outside. The fresh air will perk you up too.

Pay attention to what goes in your mouth: If you haven’t been following a nutritionally dense diet so far, now is as good a time to start as any. Avoid fast food, junk food, processed foods, sodas, and candy because they all pack on pounds and are empty calories. Rather choose to eat lean protein, whole grains, fresh fruits and vegetables, nuts, and legumes.

Breastfeed the baby: Breastfeeding burns a lot of calories—up to 700 a day! It is both good for the baby and you!