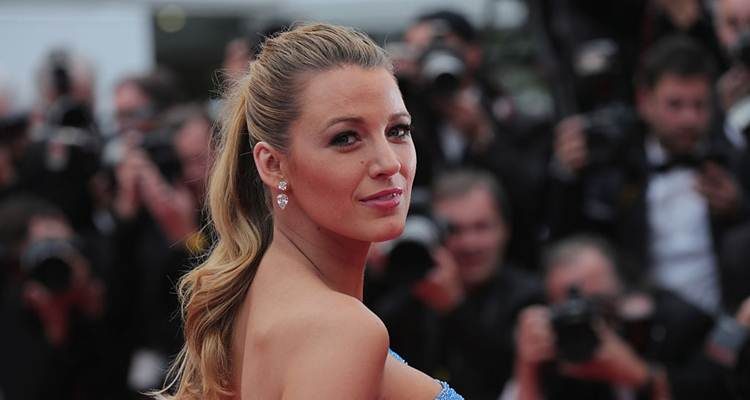 Angela Simmons, Megan Fox, and Blake Lively have all given birth recently and are working hard to get back their pre-baby bodies by doing post baby workouts. Getting back to the gym after having a baby can’t happen right away, but some stars get the okay to get back to their routine just weeks after, like Simmons did.

It is best to ease into a routine slowly and let the body adjust to working out again. Even if you did workouts while pregnant, like Simmons did, it is different after baby. See how these stars are working out to get back in shape.

Angela Simmons, daughter of rap pioneer Reverend Run (of Run DMC fame), and her fiancé Sutton Tennyson had a baby at the end of September—their first. The two have yet to marry and cheating rumors have surfaced; so, it’s anyone’s guess when these two new parents will make it down the aisle.

Nevertheless, Simmons has been hitting the gym hard with post-baby workouts. She currently stars on the show Growing Up Hip Hop and is a model and fashion designer with her own line called Foofi. Her goal in life is to create her own financial empire outside of her father’s.

While pregnant, Simmons kept up her rigorous workout routine and wasn’t going to let being pregnant get in the way or alter her habits. Working out while pregnant is perfectly fine; however, you should discuss it with your doctor as you enter each trimester. Some women feel like it energizes them, and others are just too exhausted to move, let alone tackle a workout. Listen to your body. Yoga is a great exercise to do while pregnant.

Simmons made and shared videos of the workouts she was doing at the gym for what she called her “fit mommy journey.”

Megan Fox undoubtedly had a hot pre-baby figure, so how exactly does the actress plan on getting that back? Well, with intense post-baby workouts, of course. Fox welcomed her third child into the world this past August. Already Fox is looking like she is gaining her body back, even after only a month of giving birth!

When the star was spotted heading out with the newborn, she was already looking quite slender. So what is Fox doing to get her pre-baby figure back? Read on to find out what the actress does to burn fat and look her very best.

When it comes to fat loss, Fox swears by the Paleo diet—a style of eating similar to eating like our cavemen ancestors. Time and time again, Fox noted to be one of the world’s sexiest women, so clearly eating “like a caveman” works wonders for her.

Fox has eliminated chips, pretzels, sweets, grains, and processed foods in order to look her best. She has also removed alcohol and stopped smoking, along with avoiding dairy, sugar, and sticking to a low-carb diet.

How many women do you know go to a wedding wearing Louboutin’s just days after giving birth? Our guess is probably none, unless you’re Blake Lively—then you’d show off your post-baby toned body at your friend’s wedding, with your hunky husband Ryan Reynolds.

The actress was seen just days after having her second child at her best friend’s wedding—talk about commitment! Lively took to her Instagram to post a loving picture of her, along with the bride and some super thoughtful words.

Given that she was wearing a long coat so there wasn’t much to be revealed, she still looked stunning supporting her friend on her big day. We’re just glad to see Lively back on her feet so soon after giving birth.

Lively recently released The Shallows, which was only filmed eight months after giving birth to her first daughter. The actress noted that she trained intensely and followed a healthy lifestyle to get her bikini body back—especially because for the majority of the film she would literally only be in a bikini. Believe it or not, the actress was actually quite insecure about the whole experience.

Having a baby changes a woman’s body, no matter how rich or famous you are. Most women are eager to get their bodies back into pre-baby form and go into it knowing it can take some time.

There are some women who are fortunate enough to bounce back right away, but that’s not typical of most women’s experiences. Yoga is a great way to start getting the muscle limber again, and doing some cardio on the treadmill gets the body accustomed to the faster pace. Listen to your body and have fun.