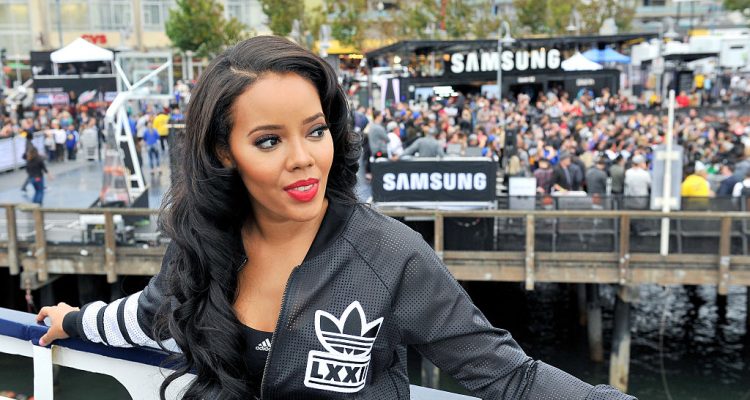 New mom, Angela Simmons, is bitten by the fitness bug! She is hitting the gym just two weeks after announcing the birth of her son with Sutton Tennyson .

She has posted videos and pics on Instagram depicting her workouts. In the pic below she is seen stretching and mentions that she constantly keeps moving.

Stretches n Motion !!! Keeping myself in motion daily !!! Thank you @glowmaven for teaching me new movements in the practice !! Video coming next … ❤️

Here is the video in which the Growing Up Hip Hop star is seen enjoying morning workouts with her training coach, Mike T. Nelson. She is seen skipping, doing squats, and boxing, post-baby. While her workouts seem difficult in itself, it is hard to believe that they are being done by a new mom.

I couldn't wait to put my gloves back on @itscoachnelson !!! Amazing workout this am ????

She mentioned she was doing light workouts approved by her doctor, however the workouts are getting more rigorous with time and she is already flaunting a flat belly! It is strongly recommended to consult a doctor before you do any exercise if you have just given birth.

Simmons was very obsessed with her weight for a long time and became vegan and started hitting the gym to shed the extra pounds. She truly believes there are no shortcuts for attaining a bikini body, and acknowledges the popular phrase “No pain, no gain.”

Vegan food, being low in calories and high in nutrients, greatly helps to be in shape and doesn’t have unhealthy calories to bulk you up. Eliminating sources of proteins that come from animals may make your body weak, so healthy alternatives must be consumed. Simmons fulfills the protein demands of her body from plant-based sources such as beans, lentils, spinach, almonds, and other nuts. For essential nutrients and vitamins, she takes multivitamins and B12 supplements.

Below is an Instagrammed a pic of her healthy vegan diet which included fresh and juicy fruits like strawberries, grapes, and avocado.

To fuel her body throughout the day she eats five to six meals in a day. For snacks she doesn’t consume junk or processed foods but eats granola bars, pistachios, fruits, smoothies etc. She loves to have ginger candies to relieve stress and relinquish her appetite.

Simmons is very disciplined in her workouts and does it every day. She performs a myriad workouts under the supervision of her personal trainer. Her workout routine is a combination of cardio, strength training, interval training, and circuit training. During her workouts she prefers wearing waist-bands to tone her abs which assists in getting a flat post-baby tummy.

Angela Simmons loves doing squats and lifting weights up to 30 pounds. Even on her days of rest she does yoga, stair climbing, and goes to dance and spinning classes. Even when she was pregnant, she did not stay away from exercising. She used to hit the yoga mat regularly. She mentioned that she isn’t working out to lose weight but to stay healthy. However, staying fit during her pregnancy has surely helped her body bounce back quickly.