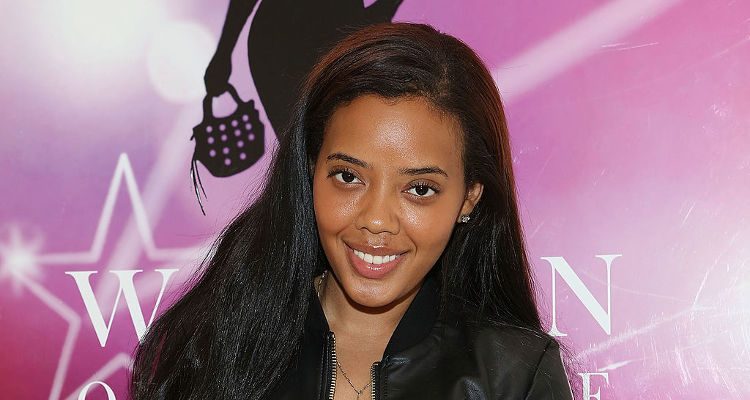 Angela Simmons, daughter of rap pioneer Reverend Run (of Run DMC fame), and her fiancé Sutton Tennyson had a baby at the end of September—their first. The two have yet to marry and cheating rumors have surfaced; so it’s anyone’s guess when these two new parents will make it down the aisle. Nevertheless, Simmons has been hitting the gym hard with post-baby workouts. She currently stars on the show Growing Up Hip Hop and is a model and fashion designer with her own line called Foofi. Her goal in life is to create her own financial empire outside of her father’s.

While pregnant, Simmons kept up her rigorous workout routine and wasn’t going to let being pregnant get in the way or alter her habits. Working out while pregnant is perfectly fine; however, you should discuss it with your doctor as you enter each trimester. Everyone’s body is different, so there is no hard-and-fast rule when it comes to working out while pregnant. Some women feel like it energizes them, and others are just too exhausted to move, let alone tackle a workout. Listen to your body.

Simmons made and shared videos of the workouts she was doing at the gym for what she called her “fit mommy journey.” Followers on Instagram had mixed reactions to the model’s pregnancy workouts, but Simmons had many trainers who were watching over her to ensure she did things right and didn’t over-exert herself. She certainly wasn’t attempting any new moves or exercises while pregnant, and she didn’t seem to go beyond what she normally did. It’s all about how comfortable you are pregnant and working out. Experts say it is actually a good idea to continue working out when pregnant if that’s what you were doing before. If you suddenly want to start an exercise program when pregnant, talk to your doctor and look into getting a trainer to start you off on the right path.

Had a great day of rehab/treatment today with @fitness360nyc !! And then capped it off with some boxing!! Thank you @thebestdamntrainer !! Can't wait to fully get back into it after I have the baby !!! Love boxing !!! Side note: I don't workout to drop weight while I am pregnant !! Because I for sure have gained a healthy amount !! Doctors approval ✅I do it to stay active and healthy xoxo ??❤️??

Simmons likes to box, do yoga, spin classes, and a variety of strength training exercises. In a recent Instagram video post, the fashion designer is seen doing an intense strength activity with ropes less than one month after giving birth. Returning to an exercise routine after giving birth is also dependent on the woman, but the general rule of thumb is to allow the body six weeks to heal and get back to some kind of normal. It is best to adhere to this guideline, but again, it is different for every woman. It seems Simmons is comfortable getting back to a rigorous workout routine only four weeks later.

Not a day goes by that Simmons doesn’t work out, and on the days she doesn’t do a proper workout, she says she runs the stairs or goes on the treadmill. It is not known if she has managed to exercise every day since giving birth. Having a child certainly impacts a woman’s ability to do the things she once did before.

As for diet, Simmons follows a vegetarian diet and eats small meals five or six times throughout the course of a day. Foods she enjoys snacking on are granola bars, pistachios, fruits, and smoothies.