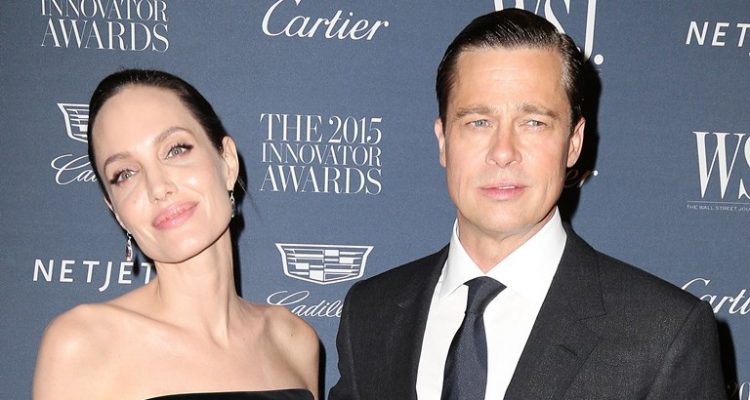 Brad Pitt took the 74th Golden Globe Awards by surprise last night, on Sunday, January 8. The 53-year-old Hollywood heartthrob amazed the audience with his unexpected visit. The actor was welcomed to the stage with thundering applause as he introduced his movie, Moonlight.

Pitt left the annual award event as a proud producer since his movie, Moonlight, won the award for Best Motion Picture Drama, edging out another popular choice, Manchester by the Sea. The Allied star delivered a wonderful monologue while introducing his movie, Moonlight. Brad Pitt looked absolutely dapper dressed in a black tuxedo, and we cannot thank him enough for the special appearance. As of late, the Fury actor chose to stay away from the public eye as he is (still) dealing with his controversial divorce with actress, Angelina Jolie.

The suave actor looked fit and young with a healthy glow on his face. From the pitch of the cheering crowd last night, we can see that Hollywood stands by Brad Pitt in his tough time. But aside from the crowd’s admiration and the win at the 74th Annual Golden Globes Awards, Pitt stole our hearts again with that hunky look of his.

To start with, Brad Pitt owns his toned look to his ectomorphic physique. Since his “Tyler Durden” days, Pitt has maintained his lean muscle look. For that lean look, his workouts were designed to concentrate on training a different muscle group each day. The lean body workout centers on the upper part of the body.

Most ectomorphs benefit from low-rep, high intensity workout routines. But Pitt replaced the low-reps with high-reps instead. He often uses a Nautilus machine instead of using free weights. This machine helps in building maximum resistance where your muscles are strongest.

Brad Pitt allows his body to rest for a considerable amount of time between his workout routines. Because ectomorphs like him find it difficult to gain muscle or fat, at least two or three days of rest, if not a week, is necessary when trying to gain muscle. Pitt recommends a high-protein diet when trying to workout for the lean body look.

Do three sets of each exercise with 15 reps each time. and make sure to rest for 60 seconds between each set. Find a weight that allows you to complete at least 15 reps. Make sure that you use good form and are fatigued at the fifteenth rep. If you find 15 reps easy, make sure to go up in weight for the next set.

Monday Workout Routine: Start the workout routine with the chest, then rest that muscle for the rest of the week. The chest routine utilizes push-ups (25) as a good warm up. Bench presses and incline presses are the core of this workout. Cable flys help with flexibility, extending range of motion, and building the outer muscles. Do three sets of each with 15 reps.

Tuesday Workout Routine:  The chest workout is followed by the back routine. Start the warm up session with pull-ups. After this, do seated rows to add bulk and get that V-shape in the neck. Working the back gives you that V-shape, while increasing the strength of your punch. Do three sets of each with 15 reps.

Wednesday Workout Routine: On the third day, work on the shoulders. Broader shoulders make the torso look smaller in comparison. To add bulk to your shoulders, the workout should comprise of military shoulder presses, Arnold presses, lateral dumbbell raises, and front dumbbell raises. Do three sets of each with 15 reps.

Friday Workout Routine: Do treadmill cardio on Fridays. Cardio helps in burning fat. A chiseled body is pointless if it has even the slightest layer of flab.

Be sure to rest on the last two days of the week, Saturday and Sunday. Repeat the routine and stick to it for a trimmed, ripped body like Brad Pitt.