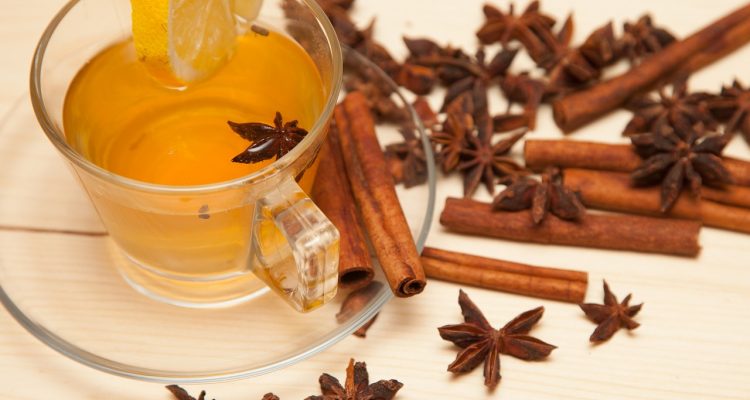 Anise seeds have antibacterial and antifungal properties. They are used in traditional Chinese medicine to treat indigestion and the flu. Anise also ensures a good sleep and relieves lower back pain.

Star anise and anise are different, but they are somewhat similar in taste. Star anise has a stronger taste and flavor compared to anise. Let’s take a look at the nutritional value of this spice.

Anise tea has been used in traditional medicine to relieve ailments such as runny nose, digestion issues, premenstrual syndrome, oral health issues, and more. A tablespoon (six grams) of whole anise seeds has 22 calories. It is a good source of dietary fiber, and provides four percent of the recommended daily intake. It has three grams of carbohydrates. The same serving of the spice also contains one gram of proteins.

It includes some vital vitamins and minerals like thiamin, riboflavin, niacin, vitamin B6, and vitamin C. The minerals present in anise include iron, calcium, copper, manganese, potassium, zinc, and phosphorus. Anise provides 13% of the recommended daily intake of iron, seven percent manganese, and four percent calcium. The amount of other minerals vary between two to three percent. Other compounds in anise seeds include p-anisaldehyde, estragol, anise alcohol, acetophenone, and limonene. 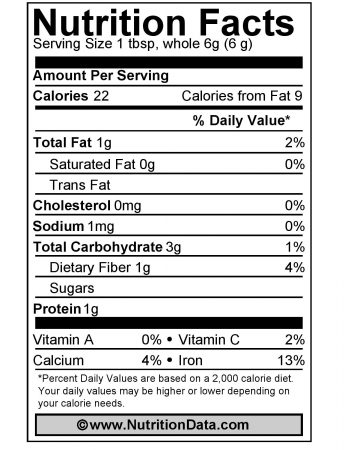 There are compounds in anise which work like estrogen, the female hormone, when taken in large amounts. These are phytoestrogens, which may be used as a replacement for synthetic hormones, although more research is required in this area. So, anise tea may also be useful for inducing menstruation, and is mostly safe for lactating mothers.

Anise tea, when taken after meals or before going to bed, helps prevent insomnia. However, you should be careful while preparing anise tea. Boiling it for too long will reduce its therapeutic properties, and may also make it bitter.

3. May relieve asthma, cough, and bronchitis

The chemicals present in anise, like creosol and alpha-pinene, act as expectorants and help loosen the bronchial secretions. Drinking a cup of a tea made of anise, German chamomile, saffron, licorice, fennel, caraway, cardamom and black seed, reduces cough- and sleep-related discomfort. The anti-inflammatory properties of anise tea reduces inflammation of the airway, which cause asthma. It also helps loosen and eliminate mucus from the airway and provides relief.

The clinical research done at Gol Daro Herbal Medicine Laboratory shows that a combination of anise, saffron, and celery seed reduces menstrual pain, and is more effective than mefenamic acid used in the drug to treat it. The study was published in the Journal of Midwifery & Women’s Health in 2009.

The two chemicals present in anise, dianethole and photoanethole, are similar to the female sex hormone estrogen, which helps relieve menstrual pain. A study published in the Iranian Journal of Pharmaceutical Research in 2012, shows that anise may help relieve hot flashes in women undergoing menopause. Anise tea helps women suffering from irregular periods, and helps regulate the menstrual cycle.

Anethole and its derivatives, like dianethole and photoanethole, boost the production of breast milk. However, it is recommended to consult your doctor prior to adopting this remedy. Pregnant women should not drink anise tea, although it can be used in minimal quantities as a spice, as part of a balanced diet.

Anise tea helps combat the spread and development of bacteria, viruses, and fungi. It helps prevent microbial infections and diseases caused by these organisms.

A small study published in BMC Complementary and Alternative Medicine in 2010, showed that a combination of anise, fennel, elderberry, and senna helps ease constipation in some people. Anise tea is a safe laxative for treating constipation.

The major causes of loss of appetite include bloating and indigestion. Drinking anise tea helps treat these causes, and restores appetite.

Anise tea has a diuretic effect which helps increase urine flow. It has a detoxifying effect on the kidneys, and prevents fluid retention in the body. This flushes toxins out of the body.

Anise tea has an analgesic effect similar to that of aspirin. It can be taken as an alternative to over-the-counter medicines.

Anise tea, when topically applied to the affected area, reduces psoriasis symptoms. Drinking the tea also helps reduce the symptoms of psoriasis, as the compounds present in anise block the activity of the cells that stimulate psoriasis.

Anise tea is aromatic and has a sweet taste. To reap all the benefits of anise tea, here are three easy recipes for you to try.

Boil a cup of water. Add one teaspoon of dried anise seeds, or three teaspoons of fresh, crushed anise leaves. Let it steep for few minutes. Then, strain it into cups.

The tea is ready to be served. You can also add warm milk to enhance the taste.

Add all the ingredients to a large pot, except the honey, and bring them to a boil. Simmer the concoction for half an hour, and keep adding water if required.

Strain the tea into cups, and add honey according to taste. Serve hot.

Wash and chop the apple into small pieces. Do not peel it, just remove the seeds.

Add five cups of water to a pot and bring it to a boil. Add the chopped apple. Boil it for five to six minutes.

Add the anise, clove and cinnamon to the mixture, and let it steep for eight minutes. Strain the concoction, and pour the liquid in a pitcher. Add sugar or any other sweetener of choice.

Stir the liquid until the sugar dissolves. You can also have it without adding any sweetener. Serve the tea hot.

The tea can also be refrigerated for three days.

In conclusion, anise provides many health benefits. You can include it in your diet by drinking anise tea, or by using it as a spice in your meals. We can see that anise is especially useful in women’s health due to the presence of phytoestrogen. Although drinking anise tea has multiple benefits, people who are allergic or hypersensitive to anise should avoid this spice. In addition to pregnant women, women who take contraceptive pills, or those who are on medication for certain types of cancers should not take anise tea, as it may intervene with the medication.

“How to Make a Medicinal Tea Out of Apple, Cinnamon, Anise, and Clove,” Step To Health; https://steptohealth.com/make-medicinal-tea-apple-cinnamon-anise-clove/.

“How to get more benefits out of herbal teas” Tao of Herbs”; https://www.taoofherbs.com/articles/115/HerbalTeaBenefits.htm.