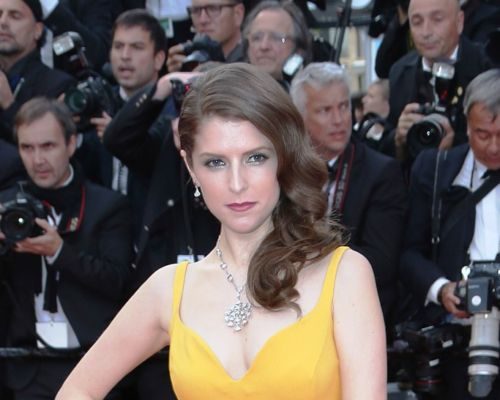 Anna Kendrick’s Christmas preparations are in full swing. The Pitch Perfect star has already started with the holiday season preparations and she is busy baking Christmas cookies.

Kendrick is keeping her fans updated and motivated by sharing step-by-step pics of her sweet treats.

She initially Instagrammed a pic of the dough cutouts above, which she beautifully decorated later and then posted the snap below. The vibrantly decorated Christmas trees, boots, and star-shaped cookies are, “Just the beginning,” she says. We are desperately waiting for more to come.

During an interview with L.A. Times she said, “I’m teaching myself to cook, with varying results. I used to bake, but baking is so precise that you need more energy than I normally have at he end of the day.”

Now that she is filled with energy to bake the cookies, lets find out what keeps her going!

Kendrick follows a healthy diet and she opts eating clean. She ditches unhealthy junk and processed foods that irritates her voice. She also prefers a dairy free diet. She said, “When I was making ‘The Last Five Years,’ for the sake of my [singing] voice, I tried to avoid dairy and alcohol.” She continued, “Alcohol was easy. But dairy is in everything, so trying to avoid it is maddening. Even Brussels sprouts are cooked in butter. I never thought about the plight of the lactose intolerant before that.”

Anna Kendrick suffered from eating disorders while she was in her early twenties, and tried hard to overcome it. Being a foodie, she doesn’t deprive herself of her favorites but sticks to moderation. Although she is naturally lean, she doesn’t munch on junk, but eats meals planned out by her nutritionist. She includes ample amounts of fruits and fresh green veggies in her diet.

Kendrick told L.A. Times, “I’ve been taking Pure Barre, and I live in a part of L.A. where I can take a hike straight out my front door. If I’m on set and there’s no other option, I get on a treadmill, but that’s my most hated thing.” She continued saying that she doesn’t like working with a trainer and tries to exercise an hour everyday, three to four times a week. Although workouts never excite her, she knows the benefits and sticks to it.

Bikram yoga is her favorite exercise which makes her feel rejuvenated after a long, tiring day. She is in love with yoga because it relaxes her body and also improves her posture. She also works out on the elliptical which gives her a good cardio workout.

If she is working out in preparation for a movie role, she then works out for five days per week and takes stunt training, martial training, and weight lifting.