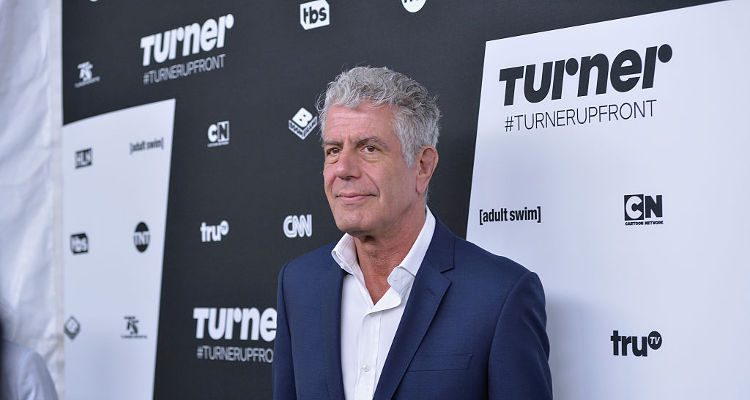 Chef Anthony Bourdain recently released a new cookbook titled Appetites: A Cookbook. Bourdain has travelled the world for his show Parts Unknown, where he experiences the everyday lives of the people who live in the places he visits.

The book focuses on food that he eats with his nine-year-old daughter, which include anything from mac and cheese to more refined Asian dishes like Korean stew.

Appetites is the second cookbook for Bourdain, and it follows his first book Kitchen Confidential. Bourdain expressed that the main difference between his first and second book had to do with time. He noted that when completing Kitchen Confidential, he had very little time to sit and think because he was constantly taken away from writing to attend to his day job. By the time he got around to Appetites, he was too busy with his life to worry about whether or not anyone would read it.

Bourdain got into the restaurant industry as a dishwasher, and he noted that’s where he learned some very important life lessons. Bourdain keeps his nine-year-old daughter and her friends in mind when he cooks. He has stated that if she isn’t happy, than he isn’t happy either.

Unlike many other chefs who write cookbooks based on their professional careers, Bourdain wanted his second book to be a reflection of being a dad and cooking for his daughter. He wanted his cookbook to not only be beautiful, but to also be creative, honest, straightforward, casual, and allow the reader to have reasonable expectations.

His new book is also reflective of his many years spent working in restaurants, and he compiled together recipes that would evoke emotion in those who cook them.

With the high influx in cooking shows, Bourdain was asked about his thoughts and feelings on them. He expressed that with so many fresh chefs making their way out of cooking school, it’s hard not to think that they just want to get on TV. On the other hand, he believes that it has created more focused and goal-oriented chefs. These individuals coming out of cooking school are those who have a strong passion for cooking. They are are more educated than ever—becoming a chef is now a path that people are choosing rather than being forced into.

Furthermore, Bourdain has also seen a huge shift in what people care about when it comes to food. People now want to know the opinions of the chefs who prepare their meals. They want to know their specialties and what they are good at. When patrons visit restaurants, it has less to do with what food they’re eating and more to do with how the chef can make that item special.

As you can see, there is a shift in the food industry, and Anthony Bourdain’s new cookbook touches on these changes. His goal is to inspire others to not only cook well, but to be satisfied in what they are cooking.