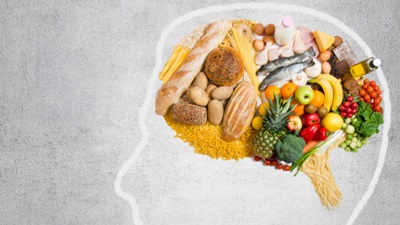 There are many types of diets out there that claim they can improve human health. The low-carb diet (which is often also a high-fat diet) is indeed one of them. Some popular examples of the low-carb diet include the Paleo diet, the Atkins diet, and the South Beach Diet, among others.

The low-carb diet proposed by Dr. David Perlmutter, a noted medical expert in nutrition and author of the book, Grain Brain: The Surprising Truth About Wheat, Carbs, and Sugar—Your Brain’s Silent Killers, advocates the same type of diet.

Dr. Perlmutter suggests that the over consumption of carbohydrates, especially carbs derived from sugar and bread products, is feeding the development of chronic diseases like dementia. He contends that a chronically high blood sugar level caused from the over consumption of high-glycemic carbohydrates has been previously associated with the development of dementia and brain atrophy. He equates this phenomenon to the process of glycation whereupon sugar molecules bind with proteins, rendering them inert. The process of glycation also inflicts damage to brain cells from free radical production resulting from high levels of inflammation.

He also cites a recent study published in a prestigious journal that showed a relationship between the development of dementia and levels of blood sugar. In this study, the higher the levels of fasting blood sugar that were observed, the greater the risk of developing dementia. Is it any coincidence that this relationship can also be seen in the development of diabetes and heart disease?

A study published in 2012 indicated that subjects who ate a high-carb diet had a higher risk of developing mild cognitive impairment (89% higher risk) compared to subjects who ate a low-carb, high-fat diet whose risk was actually lowered by 44%. Other research cited by Dr. Perlmutter has shown that over 50% of the cases of Alzheimer’s disease could be prevented with lifestyle interventions.

Not all carbohydrates are bad for you!

Whole grains and legumes like brown rice, quinoa, buckwheat, oatmeal, beans, and peas are low on the glycemic scale and do not elevate blood sugar, insulin, or inflammation. Of course, simple carbohydrates from bread, pasta, dessert, soda, breakfast cereals, fruit drinks, and juices are also damaging.

The statement made by Dr. Perlmutter, that in the U.S. today, at least 20% of the calories consumed daily are from wheat products, does not surprise me. “In the early 19th century, Americans consumed just over six pounds of sugar each year. That figure now exceeds 100 pounds. And there has been a dramatic reduction in the consumption of healthful fat,” he said. “Beyond the mechanism of protein glycation, as well as the powerfully detrimental downstream effects of uncontrolled insulin signaling, we haven’t even begun to understand the epigenetic consequences related to the effects of these new dietary challenges in terms of maladaptive genetic expression.”

These are powerful words to consider when trying to understand the mechanisms behind the development of dementia and other chronic diseases so commonly seen today. This advice also shows you the importance of a healthy diet, for your body and brain.