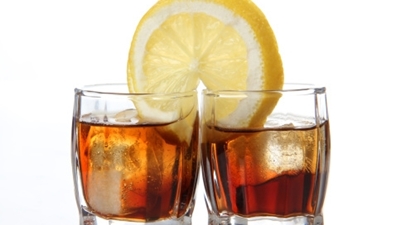 Many people drink diet sodas to cut calories and the amount of sugar they consume in order to stay within a normal body weight without giving up on the sweetness they enjoy.

But they may be doing more harm than good. A recent study has concluded that the intake of diet drinks can actually precipitate weight gain and increase the risk of developing chronic disease.

Study: Diet Sodas Can Increase The Risk of Heart Disease

Recent research conducted on an older women has indicated that the consumption of two or more 12-ounce servings of diet beverages can increase their risk of experiencing a cardiac event by 30% compared with women who did not drink any diet sodas. The researchers also found that the same women had a 50% increased risk of death from a cardiac event in the next decade compared with those who did not consume these beverages.

The study gathered data from 59,614 healthy older women who were followed for almost 10 years on diet beverage intake and the development of heart disease and death.

While the study indicated that the participants who had the highest consumption of diet drinks were also more likely to be overweight, smoke, consume more calories, and suffer from a chronic disease, the negative impact of drinking diet sodas was still significant once these factors were controlled for.

Although the statistics reveal a significant 30% difference in health outcomes between the groups, there is more to this story.

The same outcomes were established in 7.2% of the women who drank the least amounts of diet drinks (zero to three drinks per month). That is a difference of only 1.3% in the entire sample of almost 60,000 people!

According to lead author Dr. Ankur Vyas, “artificially sweetened sodas and fruit drinks may cause an increase in desire for sugar-sweetened, energy-dense beverages and foods due to disruption of normal feedback mechanisms or perhaps people who drink diet drinks have unhealthy lifestyles and poor diets.

Further evaluation is needed to confirm or disprove this link and assess a possible causal relationship between diet-drink intake and increased CVD risk in older women and other populations.”

In my opinion, the results of these types of studies have been misleading and inconclusive. Is the intake of diet drinks in and of themselves harmful relative to regular drinks sweetened with sugar or fructose?

If you have a close look at the comparative data regarding sweetened beverages, there is little doubt that these beverages are not only one of the major causes of overweight and obesity, but they are also contributing to the development of metabolic syndrome, type 2 diabetes and heart disease.

In my opinion, looking at the alternatives and understanding you need to be realistic, diet drinks consumed in moderation in the context of a healthy lifestyle is safe and without serious risk.