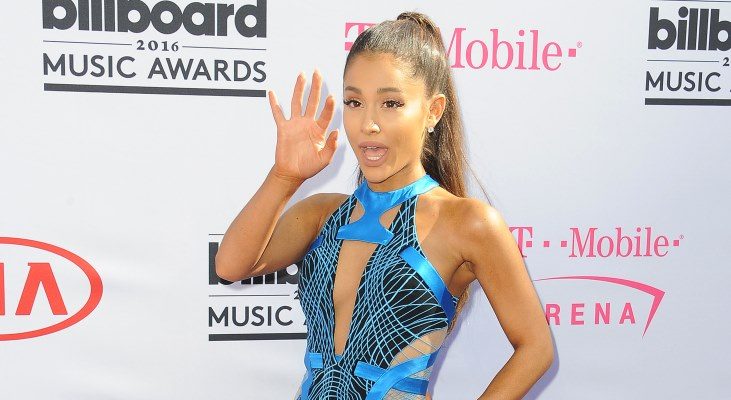 Did you know that Ariana Grande’s vegan diet and fitness regime help with her weight loss? And it’s clear with her new album. Yes, Grande is a Dangerous Woman because she knows how to keep it real when it comes to her workout and vegan diet. The talented singer has a powerful voice and she says maintaining a healthy lifestyle keeps her feeling strong.

So many wonder how she keeps such a trim and petite figure, and we are here to find out what her diet and workout plan is so we can have a body like Grande’s (since we’ll probably never have her voice!). So, read on to find out how she keeps toned with a busy schedule that includes singing, acting, and creating her own perfume.

When asked how she stays so fit, Grande told the Daily Mail, “I have been a vegan for the last few years and it’s been a great experience for me.” What is a vegan diet? Well, it means that powerhouse Grande stays away from all meat, dairy, and egg products.

Essentially, it is a diet free of animal and animal by-products like milk, cheese, and eggs. Even desserts and other foods with these products hidden in them are forbidden. It also means that Grande eats a plant-based diet with lots of fruits, veggies, and alternatives for animal protein.

Think plant-based protein powders, nuts, seeds, tofu, edamame, hummus, lentils, peas, beans, and super-foods like spirulina. We imagine that Grande follows such a healthy diet plan because she is constantly on the road, and her non-stop lifestyle would take a toll on anyone who doesn’t stick to a proper nutritional program. Grande has also been said to eliminate junk and processed foods from her diet.

She says that her health-conscious attitude, which includes prioritizing proper nutrition, exercise, and sleep, has had a positive impact on her overall lifestyle. Grande is a petite woman at only five foot one, but her voice is larger than life. She began to take better care of her health in the summer of 2012, when she went vegan. Before that, it’s said that the singer loved animal foods like red meat and salmon—so much so that she ate them almost every day!

Did you also know that Grande struggled with low blood sugar levels, also known as hypoglycemia? Yes, and she turned that around by opting for a diet rich in whole foods that are nutrient dense and packed with good fuel for her body. It was really that simple. Instead of going for empty calories or foods high in saturated fats like meat and cheese, she opted for nutrient-rich, plant-based foods and the pounds melted away.

She even maintained the same portion sizes, but miraculously, because the quality of the foods she was consuming was dramatically different, she saw a huge improvement in the way her skin, eyes, and overall figure looked. It sounds like her body responded well to the vegan diet!

The “Into You” singer manages her healthy lifestyle by devoting time to exercise and fitness, which also helped her lose weight. Curious about some of her exercises? We have her secrets here. Grande works with celebrity trainer Harley Pasternak, and he shared the details of her workout so that fans can try it out, too! Here are some of the exercises that Grande does:

Ariana Grande also does five sets of 30 reps! Go, Ariana! So, what else does the petite star do to keep svelte? Grande says she loves outdoor activities like hiking, cycling, and taking her dog for long walks. Lots of cardio! She also loves to work out by dancing and performing on stage or doing exercises in her home while she listens to some of her favorite tunes by Nicki Minaj and Bruno Mars. Grande also likes to take 10 minutes per day to meditate for stress relief. I guess she really knows that the secret to health is taking care of her body and mind! So wise for such a young person! 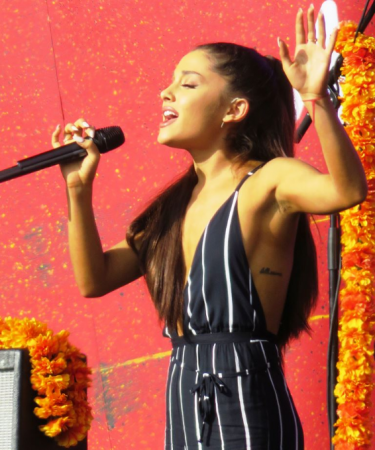 Grande released her new album Dangerous Woman in May 2016, and it has been skyrocketing up the charts worldwide because her beloved Arianators (what she calls her fans) adore her music. The track list includes the following songs:

No wonder it has been a huge hit, especially with the release of Grande’s music video for “Dangerous Woman.” It was hot, to say the least! Kinda like Grande herself, thanks to her vegan diet and workout regime.

It’s truly amazing how Ariana Grande has been able to lose weight through a vegan diet and fitness routine, and how she got looking super stunning just in time for her new album. She really brought it to a whole new level, demonstrating she is in a good place personally and professionally.

And that is why we really love the vibe she’s got going on: health conscious, cruelty free, and fit! Way to go, Ariana! For anyone interested in trying a vegan diet, you don’t have to undergo a drastic change. Maybe going vegan just one day of the week could help you see if you like it, and you can increase the number of plant-based meals as you wish.

Veggies and fruits are generally healthy for us, so it’s always good to get more of them into our diets, especially if we complement that change with physical activity to keep our bodies moving. So, try it out just like Ariana Grande did, and you may find yourself feeling better overall, too!