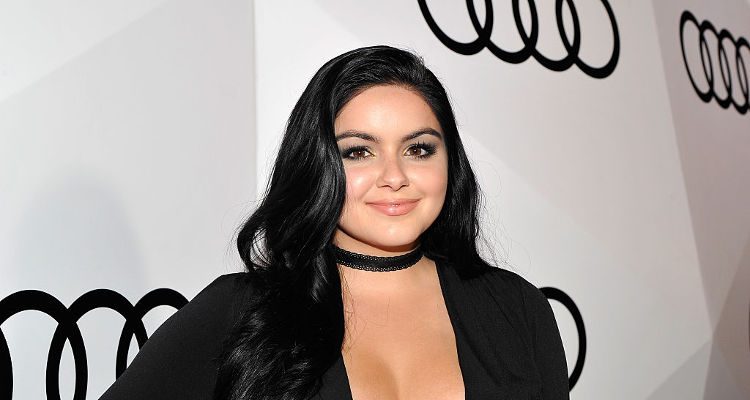 Ariel Winter, one of the stars of Modern Family, has admitted that she will never quit social media no matter how many people call her fat. Instead, she continues to feel fabulous and promotes body positivity instead.

Winter opened-up to Seventeen magazine and said that she wakes up every morning to a bountiful amount of comments from haters body-shaming her.

She admits that it’s often hard to read, but she also said that those comments don’t bother her nearly as much now that she is older. Growing up they were definitely hurtful, but now Winter is too busy living her life to care.

The young actress often posts images of herself in revealing outfits, either showing off her abs, or more recently showing some under bum in daisy duke shorts. It just goes to show how confident Winter really is even though she’s criticized on a daily basis.

Follow me on snap- I'll be posting my everyday adventures and maybe answering some questions sometimes ❤️?? winter.ariel

Her secret to getting through each day is waking up, shrugging off the hateful comments, and telling herself, “I look fabulous.”

Winter says she will continue to wear whatever she wants as long as it makes her feel good. She said in the interview, “I definitely have pushed myself to deal with the good and the bad because I feel there are so many girls who need to hear positivity,” she says. “I feel like as many of us women who can band together and discuss things in a positive way will be so beneficial. Losing one person in that discussion wouldn’t be helpful.”

Winter tries to live an active lifestyle along with eating nutritious food. Although Winter isn’t what you would consider slim, she is happy about who she is—her diet and exercise program aren’t to make others happy, but rather to help her lose weight and be the healthiest and fittest person she can be.

For her diet, Winter practices portion control. She doesn’t indulge in foods that she wants, but rather fuels her body with the foods it needs in the right amount. She eats complex carbohydrates along with fiber-rich foods. For protein, she primarily consumes chicken and fish. She also regularly keeps herself hydrated by consuming three liters of water. She also believes in the benefits of garlic.

In a previous Instagram post, Winter showed off her fitness skills by using a squat rack. If you’re looking for a body-positive role model, look no further than Ariel Winter. She flaunts exactly what her momma gave her. She continues to send out good vibes in regards to the female body and exudes confidence wherever she goes.