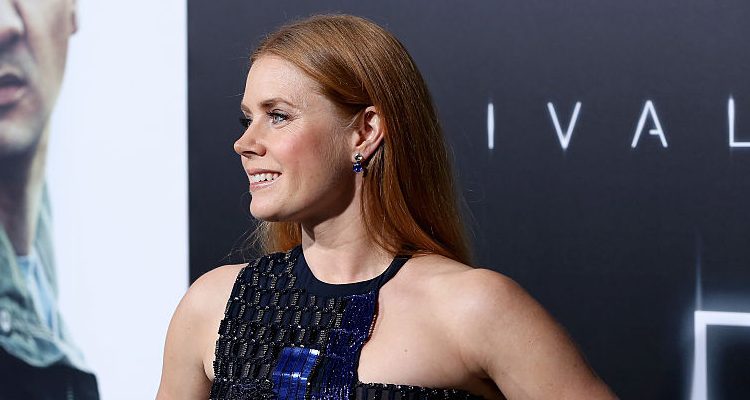 Amy Adams, star of Arrival alongside Jeremy Renner, looks amazing post-pregnancy all thanks to her portion-controlled diet and S Factor workout. So far, the film about communicating with aliens has grossed $24 million.  Adams plays a linguist who is selected to lead a team to reach out to aliens who have made contact with earth. Twelve mysterious spacecrafts have been found, and Adams’ role is to make contact with whomever or whatever is responsible.

Although her role in Arrival didn’t require Adams to make a huge transformation to her body fitness-wise, she has managed to get back into shape after the birth of her child in 2010. The actress looked amazing this role and her role in Nocturnal.

Adams has worked with celebrity trainers Tracy Anderson and Jason Walsh and is also a fan of the S Factor workout. This involves plenty of dancing, which is a fun way to exercise without even realizing you are burning calories and shedding pounds.

When it comes to exercise, Adams likes to keep it fun and sexy. It has been noted that she also enjoys pole dancing as a means of losing weight. Although Adams’ focus wasn’t on losing weight in particular, there is no doubt that she looks amazing post-pregnancy.

As for her diet, Adams sticks with a portion-controlled diet and one that promotes energy in order to keep up with her daughter along with her busy filming schedule. Adams told Allure magazine, “Those bones that show in women’s shoulders when they’re extra-skinny? I never had that, even at my thinnest. I don’t even think I have those bones. Perfect isn’t normal, nor is it interesting.”

It goes to show how confident Adams is and her views on what she thinks is sexy for a woman. In a day and age where being skinny is often considered beautiful, Adams suggests perfection shouldn’t be the goal for women looking to achieve their ideal body image. Adams suggests, “Some of these actresses or public personas who are very public about their disciplined diets, more power to them. I just don’t see the point.”

Along with her pole-dancing and exotic dancing workouts, Adams also enjoys running on the treadmill to work on her cardio.

Amy Adams is a great example that working out doesn’t have to be a drag and can actually be quite fun. Not only does Adams partake in fun workouts, but her body positivity is a great message to pass onto young girls and women everywhere looking to transform their bodies. The takeaway from Adams’ workout and diet routine is to find something you love to do and stick with it. Even if you don’t see results right away, having fun is what exercise is all about; and if you stick with it, you’ll achieve those results.

Furthermore, enjoy eating food in moderation. You don’t need to deprive yourself in order to achieve a certain look. You can continue to enjoy the foods that you like as long as it is in moderation. In addition, watching your portions can help greatly.