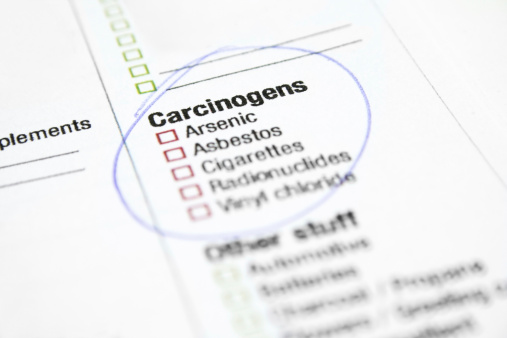 Arsenic is a tasteless and odorless chemical that’s been called a cancer-causing agent, according to government health organizations. Long-term exposure to high levels of arsenic has also been found to cause nausea, diarrhea, numbness in hands and feet, and even abnormal heart rhythm and blood vessel damage. One study from Taiwan even found a link between high cancer incidence in areas where drinking water contains high levels of arsenic. And you can find this common chemical in your drinking water… and even in your apple juice.

The U.S. Environmental Protection Agency (EPA) sets the limit of arsenic in drinking water to less than 0.10 parts per million (10 parts per billion), but for a long time, consumer advocate groups and health advocates like Dr. Oz have lobbied the FDA to limit the amount of arsenic found in apple juice, to especially avoid letting this chemical enter children’s bodies.

After facing rounds of public pressure, the agency announced Friday they would limit the amount of inorganic arsenic in apple juice to the same level as drinking water, in an attempt to appease health concerns, despite the studies that found that 95% of apple juice samples tested were below this new level.

While researchers don’t know for sure at what level arsenic becomes truly dangerous, it’s vital that arsenic levels remain as low as possible to avoid any health detriments (it’s impossible to get rid of arsenic altogether, since it’s found naturally in soil and water—but the bigger problem is inorganic arsenic, found in pesticides we spray on fruits and vegetables).

How does this cancer-causing chemical get inside your body? Arsenic is absorbed by the body when you swallow it, and then it enters your bloodstream.

“There isn’t a known threshold for the carcinogenic effect, so we assume the possibility of effects all the way down to the lowest dose,” said Michael Taylor, FDA’s deputy commissioner for foods.

Next, consumer advocate groups want the FDA to set limits on the amount of arsenic in foods, especially rice which is grown in water, exposing it to high levels of arsenic.