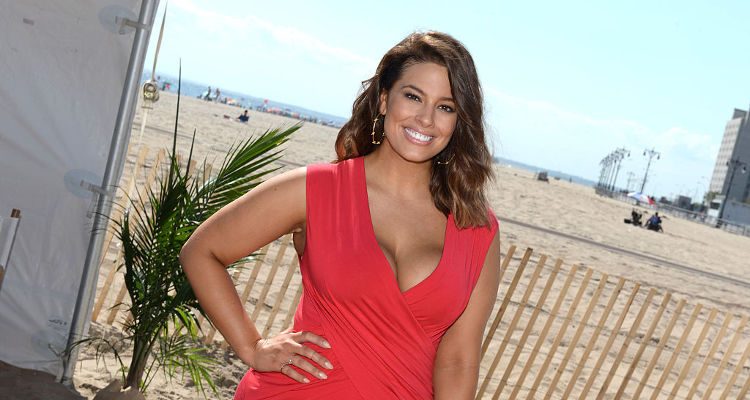 Plus-size model Ashley Graham must be feeling on top of the world after being awarded the Glamour Awards Woman of the Year. As stunning as she is, Graham has faced a lot of body shaming due to her curvaceous figure. That doesn’t stop her from living her life or her dreams, though.

She is a body activist and posts plenty of pictures and videos on her Instagram account encouraging body positivity and showing some of her amazing workouts. Here is a look into how she deals with critics and keeps herself in shape.

Ashley Graham was the first plus-sized model to ever appear on the cover of Sports Illustrated, and since her debut, her star has risen and she has continued to make appearances on several other covers.

While one may think that she experienced overnight success, the truth is that Graham’s journey into superstardom has been tough. With a standard body shape for women being acceptable, it’s safe to say that Graham defies convention here.

I’m honored to announce that I’m one of @glamourmag’s 2016 Women of the Year! Read more by tapping the link in my bio and share how you will #shattertheceiling. #GlamourWOTY

Graham has faced tons of body shaming, even in public, which can be quite humiliating and degrading. Even before her public career, she was repeatedly told that she would never become a cover model (according to People magazine) which was likely depressing to hear.

Graham decided to stick to catalogue modelling instead; however, things didn’t go as planned. She rose to public attention and since then, she’s actually receiving a different reaction—people are suggesting she is becoming thinner and nitpicking her body on Instagram.

Although people labeled Graham a “real woman” after appearing on the cover of Sports Illustrated, a report was released that actually revealed she is two sizes larger than the average woman. She has also come out to say that she doesn’t like the label of “real women”, mostly because women have historically been labelled according to their appearance and body type.

She believes that women come in all shapes and sizes and there is no one “real” woman. She acknowledges that some women are naturally thin, while others are naturally curvy. This is very true and some food for thought—no one body type has to represent everyone. We’re all unique and often labels can be offensive and restrictive.

In fact, Graham admits that she felt truly free when she accepted that she was never going to fit in. She stopped trying so hard and that was liberating. Perhaps this is some food for thought for anyone else struggling to fit in; it’s okay to be you.

“This is the generation of body diversity” Graham said in a quote taken from Inquisitr. “The current is changing.” What are your thoughts on this?

Check out Graham’s Instagram account where you’ll see her doing all kinds of boxing, cardio and strength training workouts.