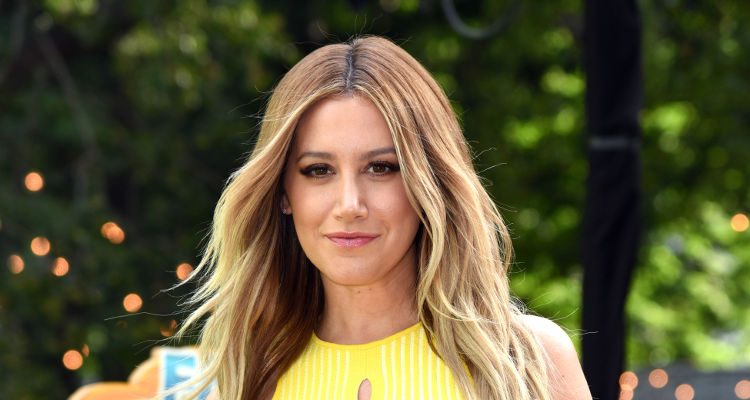 Ashley Tisdale will be reuniting with her former costars in High School Musical 4, and the actress is now revealing the diet secrets behind her slim body and youthful looks.

Ashley Tisdale will be reuniting with Zac Efron and Vanessa Hudgens in High School Musical 4, and the actress is revealing the diet plan that’s kept her looking almost the same as she did in the original films.

Tisdale first rose to fame in High School Musical. Ten years later, the actress is still looking as youthful, in-shape, and stunning as ever. For Tisdale, a healthy diet is the key to her slim body and great looks.

From Monday to Friday, Tisdale follows a strict healthy diet. On the weekends, she indulges in her favorite unhealthy foods.

Sticking to a strict diet plan helps Tisdale stay slim. She uses her weekend cheat days to help motivate herself to eat healthier during the week. During weekdays, Tisdale eats a diet that’s heavy in vegetables and protein.

For breakfast, Tisdale often enjoys scrambled eggs with some vegetables on the side. Lunch might be a healthy salad—for dinner, she’ll have even more vegetables, along with some protein.

Vegetables are a good source of nutrients and vitamins, while protein is important for energy and building muscle, as well as for our overall health.

Cheat days are when Tisdale indulges in unhealthier foods, such as carb-heavy meals. In particular, she enjoys eating out, with her two favorites being Japanese and Mexican food. While they’re not the healthiest options, they help motivate Tisdale to stick to her diet during the week.

Tisdale also indulges in Starbucks infamous Pumpkin Spice Latte. She’s a big fan of pumpkin in general, so when autumn arrives, she has all the pumpkin treats she can get her hands on.

While she likes some sweets, Tisdale does eat healthy most of the time. Diabetes runs in her family, so it’s particularly important for her to eat healthy.

Ashley Tisdale’s One Food to Avoid

Tisdale is a health-conscious foodie, but she still enjoys eating the occasional sweet or unhealthy meal. However, there is one type of food that Tisdale always avoids: dairy.

It turns out that Tisdale is allergic to dairy. She says that she found out about her allergy recently, and that after cutting dairy out of her diet, she feels a lot healthier.

The hardest part for Tisdale is no longer being able to eat pizza. She’s a big fan of traditional pizza, so avoiding dairy means she can no longer enjoy a cheesy slice. However, Tisdale has found that there are many restaurants offering vegan pizza, which doesn’t use cheese or any animal products.

So if you want to improve your health, try eating a healthy diet like Ashley Tisdale. It’s also important to find out if you have any food allergies.