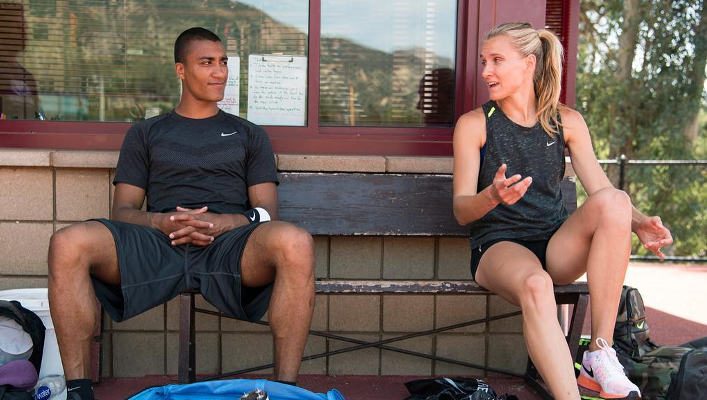 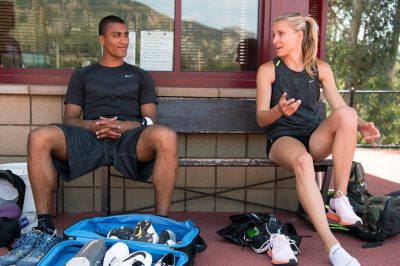 Couples are often told to share a hobby with their partner to keep the relationship healthy and more connected. How about competing at the Olympics together and winning medals in different events at the same games?

Well, that’s what decathlete and Olympic champion Ashton Eaton and his Canadian heptathlete wife are doing at the Rio Olympic Games. Ashton Eaton’s wife, Brianne Theisen-Eaton, is a world heptathlon silver medalist and has won bronze in the event at the Rio games.

Olympic medalist Brianne Theisen-Eaton is just 27 years old and already has seven medals under her belt, having scored gold in Glasgow in 2014 at the Commonwealth Games and gold in the pentathlon this year at the World Indoor Championships in Portland.

Brianne Theisen-Eaton’s training and workout routine is as intense as one might assume for a world-class athlete and Olympic medalist. Theisen-Eaton’s favorite training session is anything to do with hurdles and running workouts. She apparently loves to run to the point that she can’t stand up, and says that hurdles have always been fun for her.

Weight lifting is her least favorite training session because it’s typically done the day after hard running workouts, when her legs are exhausted. Thankfully her hubby Ashton is often at her training sessions (moral support always makes unfavorable tasks a bit easier to bear).

Brianne Theisen-Eaton’s running workout is done at two of her favorite training venues: Oregon’s Hayward Field is first because it’s her home track and the atmosphere excites and motivates her. But when she wants some sunshine in the cold winter months, she loves training at the Westmont Track in Santa Barbara.

Though her favorite food “hands down” is dad’s BBQ rib eye steak, mom’s baked potatoes, Caesar salad and garlic bread with a nice glass of red wine—the Olympic medalist doesn’t eat like that every day (though, hell, she probably could with all the calories she burns during training).

Theisen-Eaton admits that when she and her husband don’t plan what they eat for the week, they fall into the trap of making bad food choices (rice, noodles, and cheese and crackers every night).

To avoid this pitfall, Theisen-Eaton plans weekly meals every Sunday to ensure they have nutritious food on hand, which is crucial for the elite athletes. Not only does she make a list of all the groceries they’ll need for breakfast, lunch, and dinner, she also prepares a plan for all three meals over the course of seven days.

Having food already in the house, cut up and prepped helps out enormously when she gets home after practice. She can start cooking immediately and doesn’t need to think about it because she already did the planning. And because these are elite athletes, the meal plans complement whatever training they are doing. Wednesdays, for example, are hard running workouts with weights, so Ashton likes to have red meat on those days.