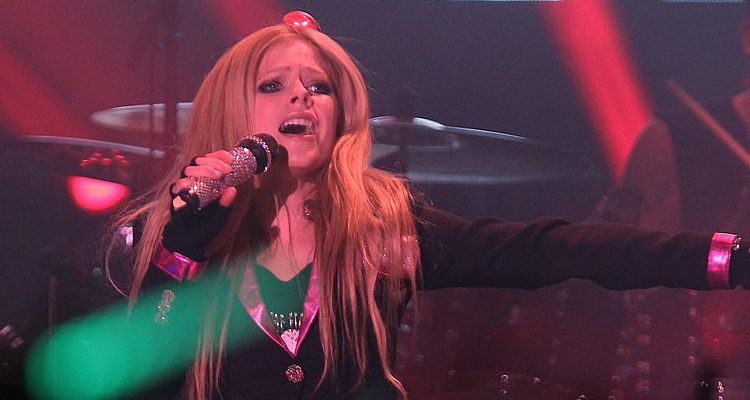 Avril Lavigne took to Instagram on Monday to announce to her fans that she is finishing up her sixth studio album, which she intends to drop in 2017. It will be four years since the singer released her self-titled album in 2013. Lavigne has also been battling Lyme disease for the past two years and thanked her fans for their patience on social media. She is looking forward to sharing her music and her art with fans again. Her last single, “Fly,” was one she wrote and performed for the 2015 Special Olympics.

How does Lavigne manage Lyme disease and her highly public career? Let’s find out.

Avril Is Back: How She Is Battling Lyme Disease

Have you ever wondered what Lyme disease is? Well, Lyme disease is the most common tick-borne infection in the majority of Asia, North America, and Europe. The bacterium Borrelia burgdorferi is transferred to humans by a bug bite and causes an illness with several symptoms. Some of them include: a red expanding rash (known as erythema migrans), a headache, chills, fever, fatigue, muscle and joint aches, and swollen lymph nodes. These symptoms typically occur anywhere from three to 30 days after the initial bite. The rash slowly spreads over a few days and can reach up to 12 inches. It appears to look like a bull’s eye and is warm to the touch. Sometimes it may even be itchy and painful.

More serious conditions and symptoms arise 30 days to 22 weeks after the bite, which is why it is imperative to get treatment immediately. If left untreated, the infection can spread from the bite spot to other parts of the body and cause symptoms such as: severe headaches and neck stiffness due to meningitis (inflammation of the membranes surrounding the brain and spinal cord), changes in heartbeat, dizziness and palpitations, swelling and pain in the joints, Bell’s palsy (paralysis on one or both sides of the face), disturbed sleep due to shooting pains, and more rashes.

Although symptoms can resolve themselves over time, it’s important to receive treatment to avoid additional complications. 60% of people with an untreated infection develop intermittent bouts of arthritis with severe joint pain and swelling. Five percent may even develop chronic neurological symptoms six months to two years after the infection. These symptoms include tingling in the hands or feet, numbness, shooting pains, and short-term memory loss.

How does Lavigne deal with it all? Well, she takes good care of herself and eats the right foods. She sticks to a vegan diet 90% of the time and has the occasional cheat meal to keep her sanity, which is usually fast food. She chooses organic, fresh food that energizes her and avoids processed foods that make her feel tired and sluggish.

Avril Lavigne also enjoys following a macrobiotic diet and exercises regularly. She does a lot of cardio in the form of cycling, running, and spin classes. She also does yoga. Lavigne adopted this healthy lifestyle in order to treat her disease, which initially had her bedridden for five months. She has come a long way and we can’t wait to hear her new music.