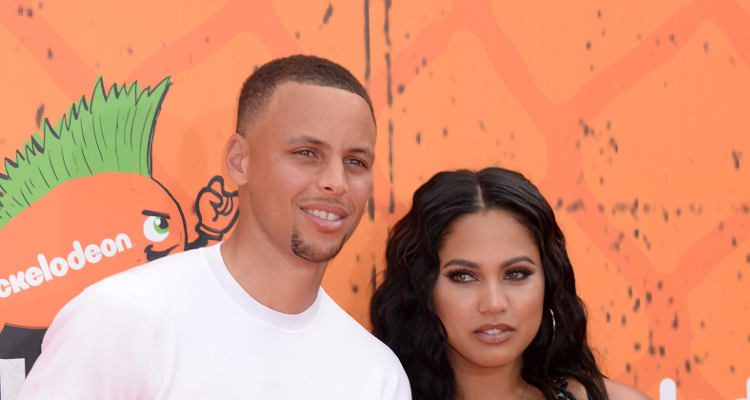 The Golden State Warriors player’s wife titled her cookbook The Seasoned Life and promoted it with a book signing at Williams-Sonoma in New York City’s Times Square.

Curry opened up a pop-up restaurant alongside celebrity chef Michael Mina over the summer, which was sold out of reservations in minutes. Now we all have the ability to cook like Curry with the recipes compiled in her cookbook.

Other promotional work for the book saw Curry on The Rachael Ray Show, where Ray surprised Curry with a visit from her mom and the three ladies took time to cook together – the pictures are up on her Instagram.

Baked up delicious, scratch-made taste with Fleischmann’s Simply Homemade Cornbread on @foxandfriends today … elevated with brown butter and jalapeño and paired with the game day chili from my book!!! #simplyhomemade #spon

As for Curry’s NBA-star husband, he has faced a prior injury that had some believe he wouldn’t make it through the NBA Finals, but with proper training, he has managed to improve his fitness and start getting ready for the upcoming season.

After taking some time away from off-season training for his right knee injury, Curry quickly got back into prepping for the upcoming NBA season by practicing and exercising twice a day, six times a week. But this, too, was interrupted when he had to head over to China for Under Armour promotions.

Although Curry has faced some challenges, his trainer Brandon Payne says that he’s seen Curry the strongest he’s ever been and is highly anticipating the new season to start.

Curry previously teamed up with Accelerate Basketball to provide others with his training guide. The platform is available online, where Curry shares a step-by-step guide to his workouts.

Although exercise and fitness videos for celebrities aren’t new, Payne notes that this one stands apart due to the quality of the information provided along with Curry’s personal involvement.

Curry lends his voice to the website, commentating on the drills and walking the user through the exercises. It is a means to help kids to young professionals step up their basketball game and with overall skill set, and it’s almost as if you are directly training with Curry himself.

At least we know that Stephen Curry is being fed well by wife, Ayesha Curry. Stephen has continuously encouraged his wife to pursue cooking and becoming a chef. This power couple is taking the food world and basketball courts by storm, and we can’t wait to see what this NBA season will bring for Curry.