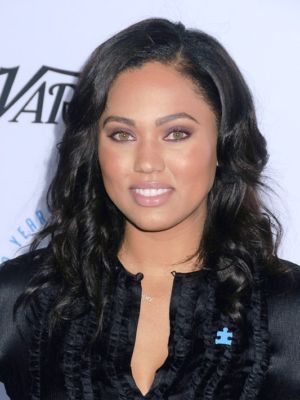 Ayesha Curry is a food blogger who has recently landed her own cooking show on the Food Network, tentatively titled At Home with Ayesha. She is also the wife of Golden State Warriors point guard Stephen Curry.

Curry looks at food a little differently and that vision has helped her land not only the television show, but a publishing contract for an upcoming cookbook titled The Seasoned Life.

Though not formally trained, Curry has had a lifelong passion for cooking and attributes it to her various cultural backgrounds—her mother is Jamaican and Chinese and her father is African American and Polish.

Growing up in Toronto, a city with a vast multicultural landscape and food venues that reflect those heritages, also contributed to her understanding and love of cooking.

Ayesha Curry is fast becoming a brand unto her own, outside the spotlight of her famous husband, and has just over 628,000 followers on Twitter and her Instagram account, which is filled with images of her culinary creations, has a whopping 3.6 million followers.

She cooks everything from scratch and prepares her husband’s playoff meals for him, which often consists of grains such as quinoa because they are high in protein, plus chicken and sweet potatoes. Post-playoff meals are a bit more succulent, often featuring lamb chops, bacon, and scallops. Below are two recipes from her website, one suitable for vegetarians and one for meat eaters. Enjoy!