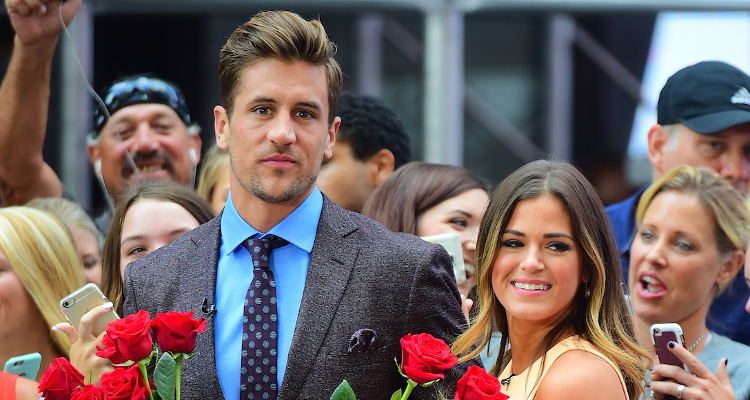 JoJo Fletcher and Jordan Rodgers found love on this season’s The Bachelorette, and the two seem to be going strong – though breakup rumors continue to swirl, if it isn’t over yet. It doesn’t help that the two have put off picking a wedding date.

The Bachelorette star says she doesn’t know where rumors of trouble or a split are coming from, and when asked about the relationship they have with the Rodgers family, she deflected. Although there is no date yet, another thing on her mind these days is likely a pre-wedding diet.

The two seem very much in love if pics on Instagram are any indication. The lovebirds look happy and are smiling on a beach day they spent together. The two have talked about their wedding and relationship recently, so the wedding is more than likely on.

Rogers is a former pro NFL player and recently signed a deal with ESPN to be a commentator, so the spotlight will continue to shine on Fletcher.

Looking her best for the show was important to the real estate developer, since millions of eyes were on her every week waiting to see what her next move would be. Even as the show has ended, Fletcher is still in the public eye and wants to look good – especially with a wedding coming up.

Preparing for the wedding calls on Fletcher to put to use her diet and exercise secrets so she can feel her most confident when walking down the aisle.

How Fletcher Will Keep Her Toned Shape For the Wedding

Fletcher tries to go to the gym a few times a week, where her workout routine includes a lot of cardio exercises like the StairMaster and spin classes.

She loves to exercise outside, and she tries to incorporate her dog Jackson into the activity by running with him.

Keeping to a mostly healthy diet is important for Fletcher, but she does admit to indulging every once in a while because she says she loves food. Mexican food and truffle mac ‘n’ cheese are some of her favorite foods.

Fletcher knows that sticking to a healthy diet can be difficult to accomplish all the time, but the reality star is probably having fewer cheat days now with a wedding coming up. She tweeted a fan a while back, saying that she wishes pizza were healthy.

Eating out is a somewhat regular occurrence for Fletcher and Jordan because of their busy schedules, but when she’s home Fletcher tries to cook. The food she makes can be something as simple as grilled chicken and steamed broccoli.

Rodgers and Fletcher are likely eating a lot of protein and vegetables and steering clear of carbs while they prep for the big day.