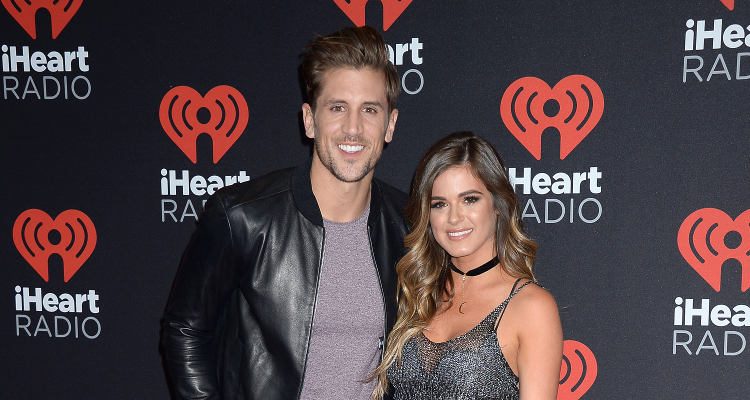 The Bachelorette couple Jojo Fletcher and Jordan Rodgers met, got engaged and now might even get married on television.

With many questions about the wedding like the date, venue, and guest list still going unanswered, the couple recently divulged their plans about a televised wedding. When asked about it, Fletcher told Entertainment Tonight, “We’re definitely not against it.”

A televised wedding will surely draw a large number of attendees to shower them with blessings. The bride-to-be is spending enough time transforming her body to ensure she looks her best on the special day. Rodgers is working equally hard to look super fit ahead of their nuptials.

“Dieting is hard for me,” Fletcher told Us Weekly in their June issue. “I love food too much. … I love Mexican food and truffle mac ’n’ cheese — anything cheesy!”

She said her increasing age makes her opt for home-cooked meals. She is against eating out every day because she said it is unhealthy. Fletcher also admitted that she is fond of food and struggles with maintaining a healthy diet. She regards herself as an average chef but can prepare good quesadilla, she noted.

Fletcher maintains a decent balance between healthy and indulgent foods. “It’s easy to grill a piece of chicken and steam broccoli. I eat healthy, and then I’ll have a cheat day,” she said.

On her cheat days, she indulges in anything that is cheesy. She retweeted a fan who wrote, “If only pizza was healthy.” JoJo replied, “The struggle.” Pizza can be healthy if prepared with lots of vegetables, low-fat cheese, and a whole wheat crust.

As a child, Fletcher liked playing basketball and volleyball and ran track. Fletcher loves to go to the gym a few times a week and loves doing a lot of cardio, like the StairMaster and spin classes.

Exercising outdoors helps her sweat out, and she loves going for a run with her dog, Jackson. The running does count as a part of her workout and helps her burn calories.

Jordan Rodgers says his mother is very excited about his future wedding and has flooded Fletcher with a number of wedding books. The former NFL athlete has posted numerous pictures on Instagram sharing his workout, one of which he captioned, “This boat isn’t going gently down any stream”. He is also busy training the next generation of football stars.

JoJo Fletcher and Jordan Rodgers’ fitness preparations are in full swing, and they are definitely making themselves ready for the paparazzi.