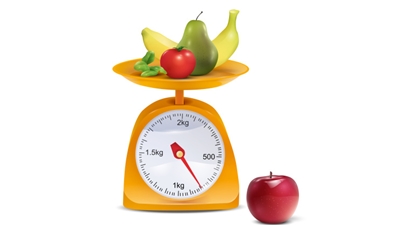 Have you ever wondered why your body craves certain foods? It might be because of an imbalance, causing your body to get too many or too little acid-forming or alkalizing foods.

It is critical that the body maintains the correct pH level of the blood. A pH over seven is alkaline and under seven is considered acidic. We must maintain a blood plasma pH between 7.35 and 7.45, or it could eventually lead to death. Diabetic coma and death can result from an acid pH of 6.95, and titanic convulsions and death will result when the alkaline pH is at 7.7. The kidneys, skin, lungs, and stomach are all part of the mechanisms to ensure homeostatic balance in the body.

Acidifying or alkalizing refers to the effect that foods have on your body rather than if the food is inherently acidic or alkaline.

Several available charts and tables may differ; however, here is a general overview of alkalizing foods and acidifying foods. Some foods from each category can be considered acidic when the majority are alkalizing, and vice versa. For instance, fruits are considered mostly alkalizing; however, tomatoes, plums, prunes, and cranberries are examples of acidifying fruits. Some foods are considered buffers such as butter, yogurt, tofu, milk, and other dairy products. The buffers combine well with both categories such as butter on bread, cream in coffee, or adding tofu to grains and veggies.

When a meal is too acid-forming such as bacon and eggs with toast, this can lead you to crave more alkalizing foods to balance the blood plasma pH in your body. Also, acidifying foods will leave a sticky-sour taste in the mouth, whereas alkalizing foods will dispel the taste. Your body might crave salty potato chips and dip shortly after your meal.

If you don’t correct your diet, acidifying meals will allow acids to draw minerals out of your body’s own tissues and create a state of demineralization. Health problems that are caused by long-term acidic diets include nervous or emotional imbalances, dental problems, broken nails, and weakening of the entire body. To balance the body from too many acid-forming foods, try deep breathing, meditation, or yoga.

When you consume too many alkalizing foods, this can also lead to food cravings. Vegetarians that don’t balance their diet with grains or beans tend to go on sugar binges and may indulge with excessive cookie eating. (I wonder if the Cookie Monster is vegetarian?) The only serious conditions from consistent over-alkalizing consumption are extended vomiting and hyperventilating. This is why high diets, such as fruitarians eating 75% raw fruits, will have cooked beans or grains to balance the diet.

It is important to have balanced meals. The North American favorites of hamburgers, hot dogs, and pasta dishes are very acidifying meals when eaten alone. The meal would also need to consist of cooked vegetables and a salad to create balance in the meal. This is how the typical North American diet works when done correctly. When there is imbalance, you might polish off a full bag of Lays potato chips; just something to think about next time you have a food craving.