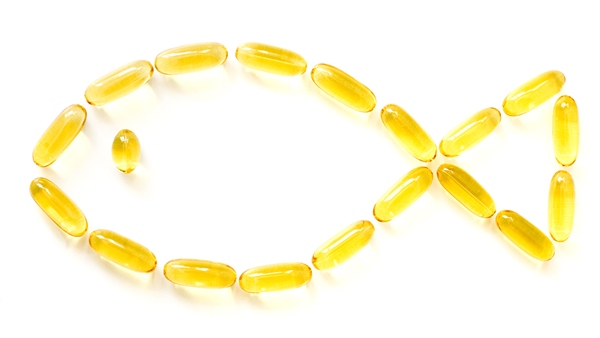 What makes something essential when it comes to food? It means that you can’t live without it and that your body can’t produce it.

Where do omegas come from?

Omega-6 comes from a wide variety of foods, including sunflower seeds, seed oils, corn, pumpkin seeds, sesame seeds, legumes, nuts, meat, and dairy products. In other words, there are quite a few food choices for your typical omnivore.

People still seem to not get enough DHA and EPA, which are found primarily in fish liver oils and fish body oils. There is no official dietary intake; however, some sources recommend 600 to 1,000 mg of DHA and 400 mg of EPA. According to a 2009 study, omega-3 deficiency is the sixth largest killer in the U.S. The study found that 72,000-96,000 omega-3 deficiency U.S. deaths could be prevented every year if people increased their intake of these essential fatty acids.

You can get omega-3s from some vegetarian options such as walnuts, flaxseeds, flaxseed oils, soybean oil, pumpkin seeds, hemp seeds, and chia seeds. These are ALA omega-3s (short-chain), which the body converts in small amounts to long-chain omega-3 fatty acids, DHA (docosachexaenoic acid), and EPA (eicosapentaenoic acid). These fatty acids are also essential for the heart, brain, mood, vision health, back, joints, and overall immunity.

Strict vegetarians and vegans can’t obtain DHA and EPA from fish or fish oils. Are they missing out on the heart-healthy benefits of omega-3s? Not necessarily. Vegetarians, plant-based herbivores, usually eat more fiber and less saturated fat which protects them against heart disease.

They also consume more cardio-protective phytochemicals and plant-based healthy fats, such as omega-3 (ALA)—plus they are known to better convert these short-chain omega-3s (ALA) than people with other diets. However, it is recommended that the best way to obtain DHA and EPA is from direct sources instead of converted ALAs.

Big corporations know how to play the game and they have tried to cash in with fortified omega-3 foods. Consumers buy these products easily because they heard on the news how important they are and they think they are purchasing healthy foods. And they are important, but these aren’t the best amounts of omega-3. It also depends on the type you are getting.

Here are five so-called “omega-rich” foods that don’t contain much omega after all.

Eggs are an interesting food because it just shows you that what your food eats matters to your health as well.

The hens that produce omega-3 eggs feed on flaxseed and some of the flax’s ALA is broken down into DHA. The fatty acids are then transported to the egg yolk. The sources of omega-3 are also poor quality fats, which have already been oxidized. It is estimated that one omega-3 egg contains 340 mg of ALA and about 75 to 100 mg of DHA.

Eggs aren’t the best omega-3 source, because consuming too many eggs will also increase your cholesterol levels.

There are mayonnaises on the market that contain canola oil, soybean or even olive oil, and it is hard to tell how much omega you are getting. And, in reality, there is more omega-6 than omega-3 in any processed mayonnaise.

Soybean oil and canola oil (both are primarily genetically modified) each contain 7% omega-3 and larger counts of omega-6 and omega-9. When omega-6 is too high, it can lead to inflammation.

Processed yogurts and soymilk brands on the market contain 32 mg of DHA per serving. That adds very little to the required DHA for a typical diet. A small bowl of yogurt and a cup of soy milk (also could be GMO soy) only tease you with omega-3.

You are better obtaining your omega-3 from more natural sources.

Margarine isn’t considered a healthy food since it contains trans fats; however, some types are fortified with omega-3.

The problem is that margarine is made mostly of refined plant oils created through hydrogenation. Fortified margarine was once believed to enhance heart health but studies contradict that theory, showing little impact with study participants.

Do you want something to spread on your bread? Coconut oil doesn’t contain omega-3 but it’s a healthier choice for omega-6 and it is also an excellent source of omega-9.

Some cereals with flax advertise that they contain 500 mg of omega-3. This is good and all, but what type is it? ALA? DHA? EPA? Any supplement bottle would tell you exactly how much you are getting.

When a product claims it contains omega-3, always question this statement. Choose more natural alternatives, such as natural fish oil supplement or whole foods and oils such as flaxseed. It is always “brain” smart to give your body what it needs. Omega smart!