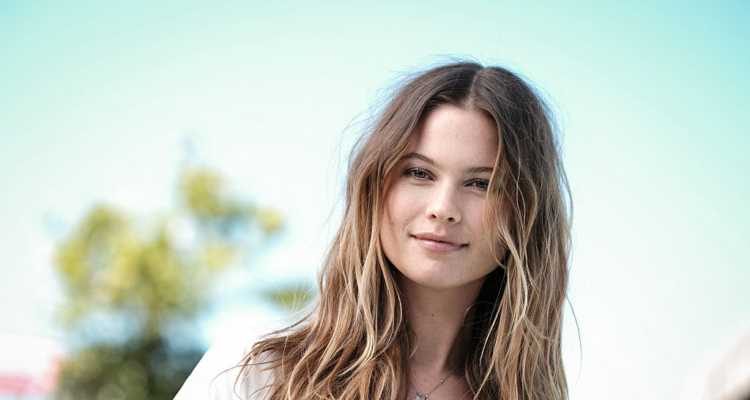 Behati Prinsloo showed off her post-baby body wearing a Pretty Woman costume this past Halloween. The Victoria’s Secret model and wife of Adam Levine showcased her slim figure only one month after giving birth to the couple’s first child, Dusty Rose.

Although Prinsloo will not be walking the catwalk this year for the Victoria’s Secret fashion show, she has still managed to regain her pre-baby body. In fact, Prinsloo was already out and about three weeks after giving birth for some girl time with her besties.

Husband Levine dressed up as Led Zepplin’s front man, but Prinsloo definitely stole the show this Halloween by wearing a replica of Julia Robert’s Pretty Woman cut-out dress. You can already see that Prinsloo has managed to get back her flat tummy.

To regain her slim figure, Prinsloo probably went back to her pre-baby ways by staying well hydrated, following a healthy diet, and enjoying healthy snacks.

Prinsloo said previously that she has always stuck with a healthy diet, but she isn’t a diet freak. She noted that she doesn’t follow extreme diets but does focus on protein and vegetables in order to maintain her figure. One of her favorite snacks to carry around is almonds, which is a great source of protein and healthy fats. The one thing about almonds is that if you eat too many, the calories can very quickly add up, so all in moderation.

She considers herself a “snack stealer” when she is with fellow Angel, Lily Aldrige, as she often steals the model’s snacks. The two being such close friends, Aldrige will often pack Prinsloo her very own snack bag when they travel together.

Prinsloo is also a fan of iced tea and green tea, and refuses to embark on juice cleanses. She doesn’t even think juice cleanses are healthy. She suggests that after a couple of days, juice cleanses just make you moody, miserable, and cause unwanted side effects, so who would want to endure that for two weeks or more.

As for her workouts, Prinsloo is an active swimmer and also enjoys Pilates. She does head to the gym, but her favorite activity would definitely be anything that involves the water, such as paddle boarding. She once said in an interview, “The beach is definitely where I feel most at home. It’s my oxygen. I forget how much I need it sometimes when I’m away working. I am a mermaid after all.”

No doubt that Behati Prinsloo already looks like her amazing self so soon after giving birth. Although this year she won’t be strutting her stuff in lingerie, maybe next year she will make her return with a bona fide body.