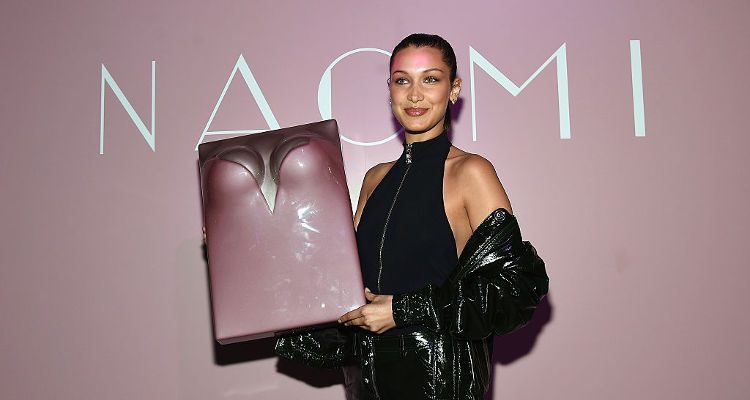 Bella Hadid is going to be in her first ever Victoria’s Secret Fashion Show in November, and it seems her decision to lose weight has resulted in what looks like extreme weight loss. Pictures have surfaced of the burgeoning model show a very thin Hadid, who says that a strict diet and intense fitness regimen are responsible for her new look.

Gigi Hadid’s sister has worked with some top brands so far, including DKNY and Calvin Klein, and is preparing to walk her first show with Victoria Secret, which will be aired on television on December 5. Models’ bodies are on display—it’s their job—and because of that and the nature of the industry, they are always under scrutiny, which can do a lot of harm to a woman’s self-esteem and her body image.

In an interview with People magazine during a fitting for the Victoria’s Secret show, the model says, “I have lost weight and gained weight.” The 20-year-old will be walking in the lingerie show wearing two outfits, so naturally how she will look is on her mind a lot, and it has clearly impacted her weight.

“My weight fluctuates so much,” she says. “I really didn’t mean to [lose weight]. Like I want boobs. I want my ass back. But it’s not my fault. My weight fluctuates and so does everybody’s and I think that if people are gonna judge, that’s the worst you can possibly do because everybody is different,” she says in the interview.

She says she’s been eating protein every day, and working out for three hours a day, which is a bit excessive by any standard. “It’s crazy but I think that you know if you set your mind to something I think you can succeed.” Success for Hadid seems to be meeting some idealized form of how she wants to look on the runway in Paris in a few weeks.

Staying hydrated and eating healthy are two things she keeps in mind, even while travelling, when food choices tend to become less nutritious. But even then, she admits to having cheat days. “I’m going to eat pasta right now,” she told the People interviewer after wrapping up her fitting. “If you want to have a piece of bread, go have a piece of bread.”

Hadid works out with trainer Rob Piela, who is responsible for many Victoria Secret model bodies, including Miranda Kerr’s and her sister’s Gigi Hadid. “He’s really the best,” says Hadid. Her only rule for that though is that she does one on one training sessions with him because she doesn’t like working out in groups or with other people.

Right now, all Bella Hadid wants is to do well at the show and look good in her lingerie pieces.