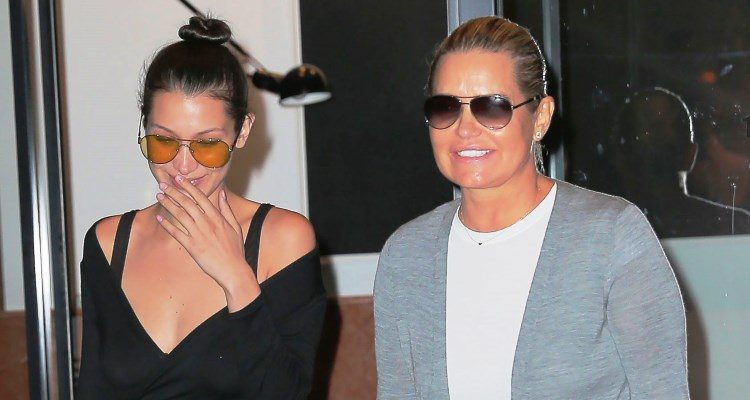 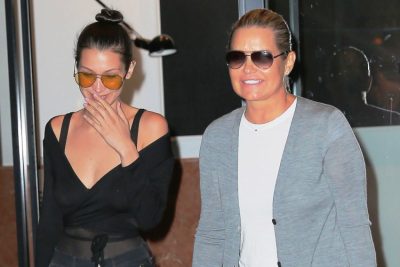 It’s no secret that Yolanda Hadid’s Lyme disease battle is an ongoing struggle. According to the Centers for Disease Control and Prevention, Lyme disease is caused by the bacterium Borrelia burgdorferi and is transmitted to humans through the bite of infected blacklegged ticks. Symptoms include fever, headache, fatigue, and a characteristic skin rash.

So, how does Bella Hadid’s mother get treated for her condition?

Hadid is known for trying anything and everything on her mission to conquer and bring awareness to Lyme disease. So, there has been speculation that Yolanda Hadid is now back to the Master Cleanse detox diet to treat the illness:

❤Excited to start my first day of the Master Cleanse………….. #HealthIsYourWealth #MasterCleanse #Lemons RECIPE: 2Tbsp of organic lemon juice, 2Tbsp of Grade B maple syrup, 1/10 Tsp of Organic Cayenne pepper with 10 oz of water. Please educate yourself about the master cleanse before starting this.

❤️When life gives you lemons, you use them……………. #MasterCleanse #Day5 #Dedication #HealthIsYourWealth #HomeMade

The former Real Housewives of Beverly Hills star is not new to the Master Cleanse; in fact, she has done it multiple times before, even getting her former co-star Kyle Richards to do it with her in 2013.

The 52-year-old Hadid was diagnosed with Lyme disease in 2012 and experienced a relapse this summer. In June while traveling in Tahiti, Hadid had to be rushed to the hospital and medicated intravenously due to the symptoms of her illness intensifying. It is unknown whether Hadid is beginning the Master Cleanse once again to treat her Lyme disease or just for overall good health.

Some other celebrities who have done the Master Cleanse include Beyoncé, who used it to get in shape for Dreamgirls, and Yolanda’s daughter Gigi Hadid, who says she occasionally turns to the cleanse.

How does the Dutch beauty and former model keep herself in shape while battling Lyme disease? Well, it appears from her Instagram posts that Yolanda Hadid’s workout involves a combination of indoor and outdoor activity.

Hadid conditions and strengthens her body by snorkelling, doing cardio on the treadmill, boat rowing, cycling, and boxing. But that isn’t all she does to keep up her health. Part of her workout also involves taking down time for rest, relaxation, and quality time with her loved ones. When the body is in a relaxed state, it is much easier to recover from illness, so soaking up love and good times with family is part of her treatment.

Although Lyme disease is a considered a “mystery” illness, one thing is for sure: Yolanda Hadid’s battle with Lyme disease does not prevent her from finding joy in life. She is determined to recover and find happiness despite the adversities her illness brings. Some words of inspiration to leave you with from her Instagram: “Life is good because I decided to make it that way.”