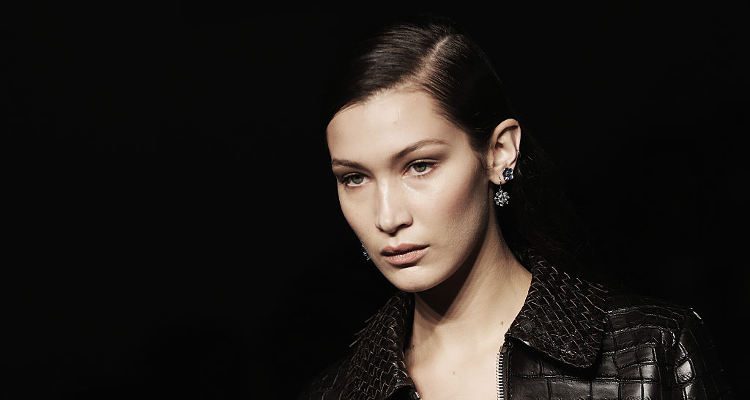 Bella Hadid has been getting plenty of backlash ever since her Nike ad went public. Well, it seems like her famous mom, Yolanda Hadid, is coming to her daughter’s rescue by defending her and saying that she is fit, despite living with Lyme disease.

If you recall, both Yolanda and Bella Hadid developed Lyme disease, which is caused by a tick bite. Both women have opened up about their struggles with the disease that can be quite debilitating at times. The women have often found themselves bedridden in the past as a result to the disease.

The backlash came because many people believed that Hadid is too skinny to model for Nike, and the ad goes against a body positivity message. Many suggested that Nike should have picked a more athletic role model for their campaign rather than a skinny model. However, Hadid does work hard in order to maintain her body, and isn’t that the real message of Nike? Working out and pushing yourself?

When it comes to Hadid’s diet, the model enjoys pizza, burgers, and diet soda and yet she still manages to look great on the runway—good genes, perhaps? Hadid has admitted that is it quite easy for her to put on extra pounds, so she compensates her love of food with green smoothies and working out—even if she doesn’t necessarily enjoy it.

This would be the first year that Hadid will model for the Victoria’s Secret Fashion Show. In order to prepare for it, she had to lay off the pizza, fries, and burgers and instead opt for protein-rich shakes and more exotic dishes.

In an article for M2Women, the writer ate like Hadid and explained her experience saying, “14 servings of the Lean Body Protein Shake, an easily absorbed, hypoallergenic mix of protein and amino acids to provide core nutrients your body needs to establish overall health … With those came conveniently packaged supplements to provide the nutrients necessary to improve liver and kidney function and support overall cellular detoxification. It also contains a fish-oil formula to support mental and emotional well-being, as well as hair skin and nail health.”

Included in her meals are protein bars, supplements, raw or steamed vegetables, along with sushi and other new dishes, as she is open to trying just about anything.

As for her workout routine, when Hadid is preparing for a shoot, she will often partake in yoga and Pilates. Although her fitness routine isn’t strict, she will at least try to get in 15 minutes of cardio each day.

Although many people may not believe that Bella Hadid was the most deserving of the Nike campaign, the model still landed the gig regardless, so you are going to be seeing her face and body in a lot more places rocking Nike apparel.