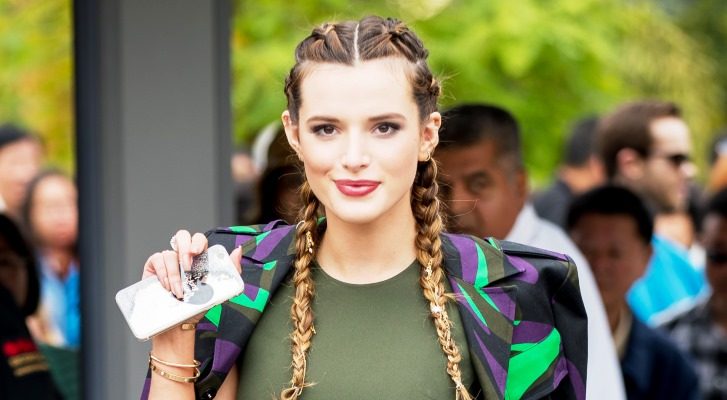 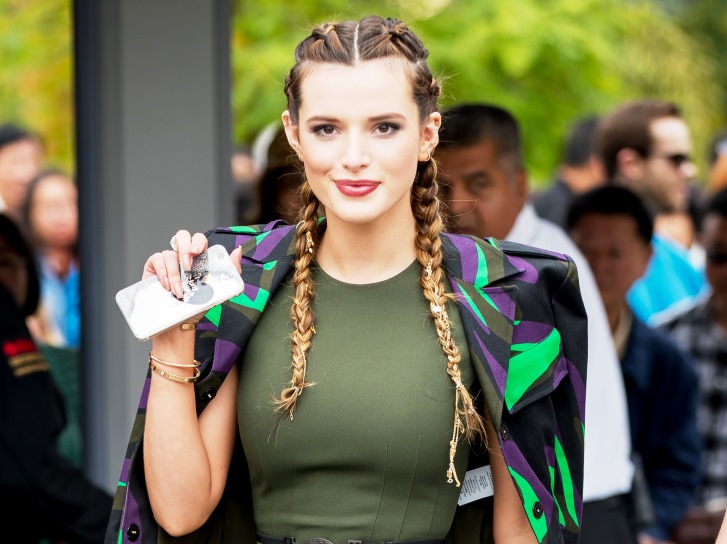 Bella Thorne’s workout is back on track after she made a resolution earlier this year to get in better shape.

And Bella Thorne’s abs have lots of fans talking! They’re flat and seemingly strong, making many want to know how the 18-year-old actress gets them.

The former Disney Star, Bella Thorne, doesn’t diet, so her great lean figure is thanks to working out hard at the gym. She may have fallen off the wagon – as many of us do – but according to her recent Instagram activity, she’s back in the game.

Apparently Bella Thorne is working out in the Warner Bros. Studio gym now. Last week she captioned a playful photo with,

The star is happy to have a gym on the studio lot because she says she practically lives there (presumably always filming for a movie or television show).

Perhaps like many young women, these new gym goals are the result of Bella Thorne’s breakup from boyfriend Gregg Sulkin earlier this month. It’s not uncommon for many women to seek what is playfully referred to as the “revenge body” after a breakup.

The two, who parted on friendly terms, are reportedly set to work on a new Lifetime movie together, which Thorne will produce.

For the most part, Thorne works out every day of the week, sometimes a few times a day.

One of her favorite exercises is Pilates, and she loves using the Pilates reformer machine. Pilates is a fantastic, all-over body workout.

It helps shape the body, making it lean and strong, with core strength being the main focus of each movement, whether on the reformer, a mat, or bar. Killer abs like Thorne’s are a definite result of regular Pilates practice.

Thorne usually spends time working on her core, abs, and legs; she says she doesn’t place much emphasis on her arms or chest. Being toned is more her goal than being muscularly defined. Bella Thorne’s toned body is the result of working hard at the gym, and having one on-site at work makes staying in shape that much easier.

Stretching before a workout is something Thorne always does, and that’s really smart of her. It is important to warm the muscles up before getting started with a full-on workout.

Even five minutes on a mat doing simple, all-over-the-body stretches can prevent injuries by making the muscles more limber. Optimal ways to warm up and stretch out the legs and back are to do a few side-bend stretches and yoga moves, such as the child’s pose and cobra.

Sit on a mat and reach out to touch the toes. Spread your legs as far as they can go, reaching for your toes along the way. Bring your arms over your head and gently tug to feel a pull in the muscles.

Bella Thorne is currently filming The Death and Life of John F. Donovan, which is set for release some time in 2017.