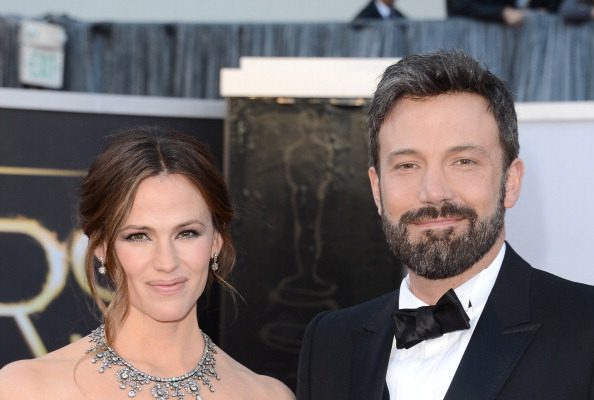 Actor, Ben Affleck, and ex-wife and actress, Jennifer Garner, were spotted together with their son, Samuel, at The Farm inside Brentwood’s Country Mart in Los Angeles on Monday. Garner was seen carrying her 2016 calendar at the lunch date, and there have been rumors that the couple are planning to celebrate Christmas 2016 together with their three children. The couple celebrated a white Christmas in Montana last year.

Holidays are a perfect time for the entire family to spend time together. Affleck and Garner probably believe in putting their kids first and in spending time together for their sake. The couple are parents to children: Violet, 11, Seraphina, 7 and, Samuel, 4.

It must have been quite a treat for fans to spot the couple together, especially for those who have been wishing for the couple to reunite. The two stars split back in June 2015, and with their divorce still not finalized, rumors are strife that the couple may chose to get back together. Affleck has posted some updates on Instagram. For example the recent lunch-date photo with the caption, “When out to breakfast with Ben Affleck , Jennifer garner and their son Samuel at The Farm inside Brentwood’s Country Mart in Los Angeles 28.11.2016 / monday.”

New ? @benaffleck ? When out to breakfast with Ben Affleck , Jennifer garner and their son Samuel at The Farm inside Brentwood's Country Mart in Los Angeles 28.11.2016 / monday ❣️ #benaffleck #jennifergarner News and Photo dailymail ?

The couple have been spotted quite a few times together recently. Here’s another Instagram feed which was captioned, “Ben Affleck and Jennifer Garner were gearing up for a happy Thanksgiving together when they went out for a meal in Malibu on Wednesday.”

Ben Affleck and Jennifer Garner were gearing up for a happy Thanksgiving together when they went out for a meal in Malibu on Wednesday. 23/11/2016 New Photo ? News and Photo dailymail ? #benaffleck #jennifergarner #california ?

The Justice League star has always looked incredibly fit, and ex-wife, Garner, looks stunning. Are you curious to know Affleck and Garner’s diet plan? What food would the couple prefer for their Christmas 2016 celebrations?

To get into superhero shape for his Justice League film, Affleck had to focus on losing weight and building muscle. The actor reached out to nutritionist, Rehan Jalali, to help design his diet. Affleck followed a diet plan which included eating protein, carbohydrates and fat at the right time of the day. He also followed his nutritionist’s recommendation, of having six to seven meals a day.

A typical day would start with Affleck having a breakfast which would include egg whites, oatmeal, and a slow-burning carbohydrate. Lunch would comprise of salad, double protein, and vegetables. Dinner would include fish or chicken, Brussels sprouts, cauliflower or broccoli.

The nutrition ratios which the actor followed was 45% carbohydrates, 35% lean protein, and 20% essential fats. His trainer recommended a few rules which helped Affleck to look ripped. These rules included cutting dairy, consuming low sodium, eating lean protein, having no carbohydrates in the night, and using CLA (Conjugated Linoleic Acid) as a supplement (which helps burn abdominal fat).

The actress is an excellent cook and loves cooking healthy meals for her family. She avoids having processed foods and follows portion control. She confesses to having a sweet tooth and likes to indulge in moderation.

Garner being an excellent cook, believes in cooking healthy meals for her family. The food preparations can be assumed to be healthy, colorful, bright, and centered around what her ex-husband and children love.

This photo is from Arsine’s Kitchen, and the caption said, “Thank you @jennifer.garner for my favorite set of breakfast dishes…,” and continued, “One of my favorite pics of. so colorful, bright and happy…”

The food looks scrumptious and really looks bright and colorful. The Christmas food preparations may not be light, and Garner says, “I make everything.” She adds,“Roasted chicken and mashed potatoes, gravy, homemade bread, corn on the cob, you know, whatever.”

She is also known to trying out food recipes from cookbooks by Sara Foster or Giada De Laurentiis. If Garner takes to preparing her ex-husband’s favorite food, then pan-seared carrots with maple and thyme could probably be on the menu for the Christmas party.

Christmas is just a few weeks away, and many fans are probably hoping that Ben Affleck and ex-wife, Jennifer Garner, spend their time together during Christmas with their children.