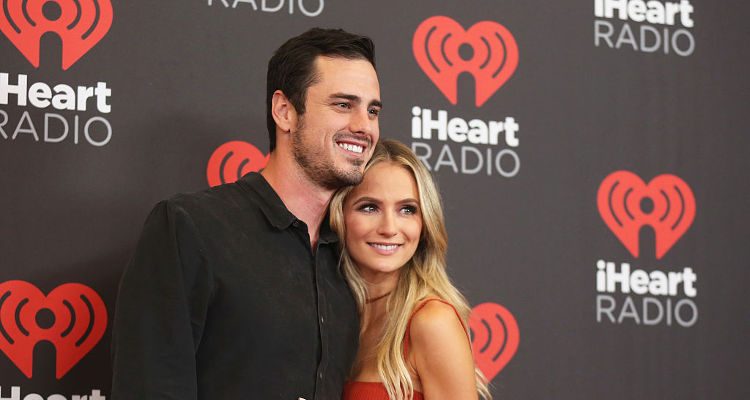 You can stay up to date on the lives of The Bachelor’s Ben Higgins and Lauren Bushnell by watching their new series Ben & Lauren. It was revealed on Ben and Lauren: Happily Ever After that Higgins no longer fears having his wedding on national television; the couple has decided to go ahead and show America their special day. We guess the pair needs to start shaping up for their wedding with healthy food and plenty of workouts.

Both Ben and Lauren are in pretty good shape, so they won’t necessarily have to shred before they wed. In fact, Lauren has been body-shamed for being “too skinny.”

She trumped those body-shamers by revealing a selfie of herself that showed off her killer abs—that’s one way to show the haters! She wrote across the Snapchat image “Still grubbin just workin hard thnx,” which was intended to imply that she does eat, but also works out to stay fit.

In an attempt to defend his soon-to-be wife, Higgins took to his Instagram and posted a picture of Bushnell at dinner. He wrote, “She’s mine. Straight Flexin.#fitgirl.” Unfortunately, Bushnell felt this would only fuel the haters—which it did.

As for Higgins, he works out hard himself (and he doesn’t get any criticism). Higgins has been passionate about fitness since a very young age, so it comes as no surprise that he started his own fitness company known as Athletic Instinct. He admitted that he started the company in order to give people a fun and effective way to train. The goal behind Athletic Instinct is to not only get people working out, but to give them a fun and functional workout—sounds like a good fitness plan to us!

Aside from training others, Higgins enjoys being active himself. He plays golf, loves hiking, and even plays football. He is a very handy individual, which he showed off when he re-roofed his own house, built a sidewalk, and maintained his lawn.

If you want to keep up with Ben Higgins and Lauren Bushnell and finally see The Bachelor couple walk down the aisle, then tune into their weekly show, Ben and Lauren: Happily Ever After.