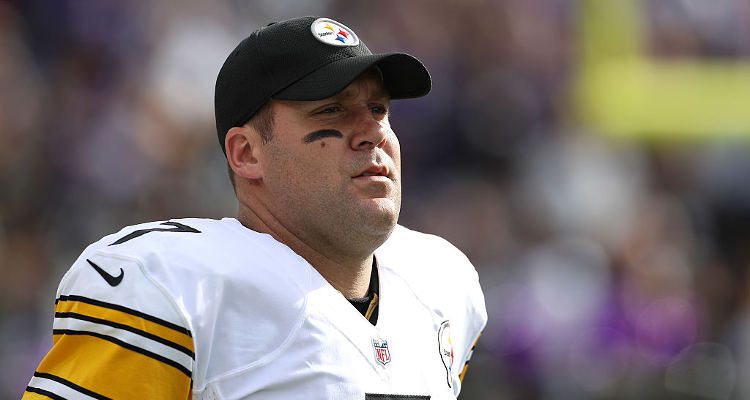 Ben Roethlisberger, the American football quarterback for the Pittsburgh Steelers, has recovered from injury and is anxious to face the New England Patriots. On Monday, the talented quarterback was spotted without his walking boot after an MRI on his right foot showed there wasn’t anything severe.

Ben Roethlisberger is always prone to injuries and in 12 NFL seasons, he has missed at least 10 games. But after each injury, he emerges as a stronger quarterback.

Keep reading to know how Ben Roethlisberger stays fit and how he’s getting ready to face the New England Patriots.

Ben Roethlisberger has already lost 15 pounds with a high cardio workout, but that doesn’t stop the fitness enthusiast from hitting the gym. Working out is crucial for the 240-pound quarterback. His workout routine mainly focuses on his core.

For an effective throw and to prevent injuries, you need to have a strong core. Roethlisberger told Sports Illustrated in 2004: “It’s important to get your core strong because you do so much twisting and rotating when you’re throwing.”

He continued, “Anytime you throw on the run, you’re using your hips, abs, and back.You can use the torque and twist of your body to help give you a couple extra yards. Having a strong core definitely helps me get more velocity on my ball.”

His core strength also helps him swiftly cover a 40-yard distance in 4.8 seconds.

He works on core training with his coach Marcel Pastoor three times a week and targets his abdominal muscles, obliques, hip flexors, and lower back. While working on his core, he also ensures he incorporates a variety of motions in his routine to prevent his body from getting adapted to the same workouts. The varied workouts hit all the different abs and oblique muscles.

The following exercises are included in his workout routine.

Roethlisberger believes physical fitness is important but mental fitness shouldn’t be ignored. He said, “[It’s about] playing the worst game of your life but not backing down.” He always has a positive attitude and insists the same to his fans. He says to avoid mental exhaustion and understand that mistakes do happen. Just refocus, be patient, and get going.

Ben Roethlisberger also advises that when working out in the gym, you must have the same focus and intensity as if you’re on the field. To accomplish this, you will need to keep switching up your workouts. It will prevent boredom from setting in and help you stay focused.