Home > Diet & Nutrition > Plant-Based Diet Benefits: 7 Reasons This Diet Is Good for You 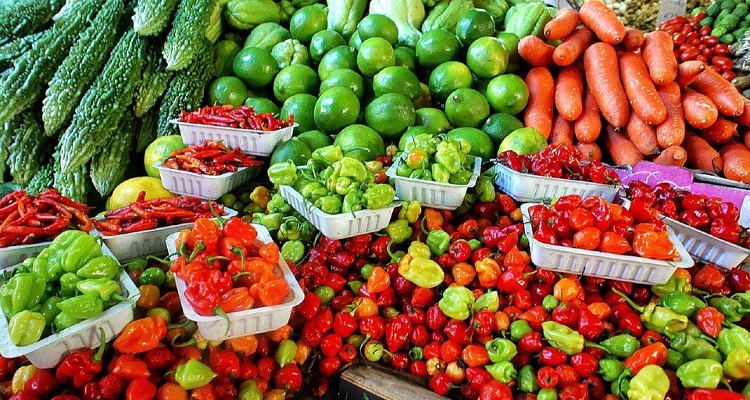 With many celebrities, politicians, and even athletes switching to a plant-based diet, there is a lot of buzz around changing dietary patterns to a vegan or a plant-based one. Yes, there are differences between the two, but we will not be discussing those now. Read on to know more about the health benefits of a plant-based diet, and how it can help you in your journey to wellness and a having a healthy lifestyle.

7 Health Benefits of a Plant-Based Diet

Amongst all the diets recommended over the last few decades to control, and if possible, prevent chronic illnesses such as obesity, hypertension, cardiovascular diseases, and diabetes, the most effective one is perhaps a plant-based diet.

Let’s look at the plant-based diet benefits and supported studies conducted by medical practitioners in the past.

Researchers at the Harvard T.H. Chan School of Public Health, AbbVie (a pharmaceutical company), and Brigham and Women’s Hospital claim to have studied more than 200,000 participants to analyze the links between their diet and coronary heart disease. The study was published in the medical journal of the American College of Cardiology.

They found that a plant-based diet is associated with reduced hypertension, lower cholesterol, better weight management and a reduced risk of heart diseases as seen in the large group of participants.

Coronary heart disease is a general term used to describe the condition when the arteries supplying the heart become clogged by a build-up of fatty substances. If these arteries become completely blocked, there is a very high risk of a heart attack. This is also a major cause of death worldwide.

Healthy plant-based foods such as whole grains, fruit, vegetables, nuts, oils, and tea scored positively in this study. On the other hand, less healthy plant foods such as juices, refined grains, fries, and sweets scored negatively.

But, the study did confirm the benefits of a balanced diet consisting of whole grains, fruits, and vegetables and having. Also, eating a plant-based, unhealthy diet is not so good for your heart.

Patients with type 2 diabetes had fewer chronic complaints about insulin resistance and insulin sensitivity when consuming a plant-based diet.

Studies conducted over the years have shown a lot of evidence to prove that vegetarians have around half the risk of developing diabetes than those who eat meat regularly. So, a low-fat, plant-based diet with no or little meat can help prevent diabetes by improving insulin sensitivity and decreasing insulin resistance.

A random clinical trial conducted in 2006 observed patients on a low-fat vegan or plant-based diet and those on a diet suggested by the American Diabetes Association guidelines. It showed that the participants who consumed a vegan diet had their HbA1C levels reduced by 1.23 points, compared to 0.38 points in those on the American Diabetes Association diet.

Additionally, 43% of the people on the plant-based diet were able to reduce their medication, compared to 26% who followed the American Diabetes Association diet.

After reviewing more than 87 published studies, authors Berkow and Barnard reported in Nutrition Reviews that a vegan or vegetarian diet is considerably helpful to people who are trying to lose weight. After all, obesity is an ailment that troubles many across the world.

They also found that vegetarian respondents had less of a chance of obese. They also had lower rates of heart disease, hypertension, and diabetes.

Their reviews also pointed out that weight loss in vegetarians was not dependent on exercise. Also, a vegetarian diet increases post-meal calorie burning compared to meat-based diets as the food isn’t stored as fat in the body.

4. Reduces the Risk of Heart Disease

Several studies done over the last two decades have confirmed that vegetarian and plant-based diets have helped to establish the benefits to coronary heart disease and has seen up to 70% reduction in all-cause mortality in the Lyon Diet Heart Study.

The group participating in this study was tested over a period of more than 25 months and was asked to follow a Mediterranean-style diet. The diet included more plant foods, fruits, vegetables, and fish instead of meat. Butter and cream were also substituted with canola oil margarine and olive oil. Numerous other studies have also found similar results and corroborated their findings.

5. Reduces the Risk of Cancer

Choosing a whole-food, plant-based diet is the number one way to improve your chances of avoiding cancer risks. You should also avoid smoking and alcohol should as well.

Animal foods have been linked to colon and breast cancer. The best way to avoid them is to make sure you choose a plant-based diet. However, more research is required in this area to build evidence.

When we consume low-fat, whole-food, plant-based diet, we automatically reduce the intake of processed fats and sugars. So, following this type of diet results in weight loss.

Those who are trying to maintain their weight or reduce it to stay fit and healthy are definitely advised to take up a plant-based, whole-food diet plan. And, they can expect some quick wonders.

Based on a study conducted by Dr. Michael Greger, the four main causes of blindness are cataracts, glaucoma, age-related macular degeneration, and diabetic retinopathy. These all can be prevented or reduced by consuming a plant-based diet consisting of flax seeds and other vital nutrients.

Healthy Plant-Based Recipe to Include in Your Diet

A plant-based diet can have delicious, healthy, and tasty food choices. More importantly, it doesn’t mean that it has less nutritional value compared to meats or dairy products.

We have a couple of tasty recipes below. You can try a new recipe every day if you wanted to, and never have the same meal for a whole month!

This recipe makes use of as many fresh vegetables as you have and prefer in your salad. It is preferable if you use whole grains like barley, rice quinoa, or millet.

Spread the grains over a dish to prepare the base. Then add the vegetable salad over this and sprinkle a bit of pepper or rock salt in small quantities to give it some taste. Once you get used to this, stop using any salt.

If you are not very fond of the grains, vary the taste with some roasted potatoes occasionally.

The Final Word on Plant-Based Diets

Studies have suggested that improved health is a direct outcome of a plant-based diet. Switching to this type of diet can also help people with common ailments like cardio vascular diseases (CVD) or diabetes lead a normal life with significant improvement in their measurements.

By no means does it mean that they have to compromise on the daily requirements of vitamins, minerals, and other essential nutrients. A balanced plant-based diet can supply these and more to help lead a healthy and active life.